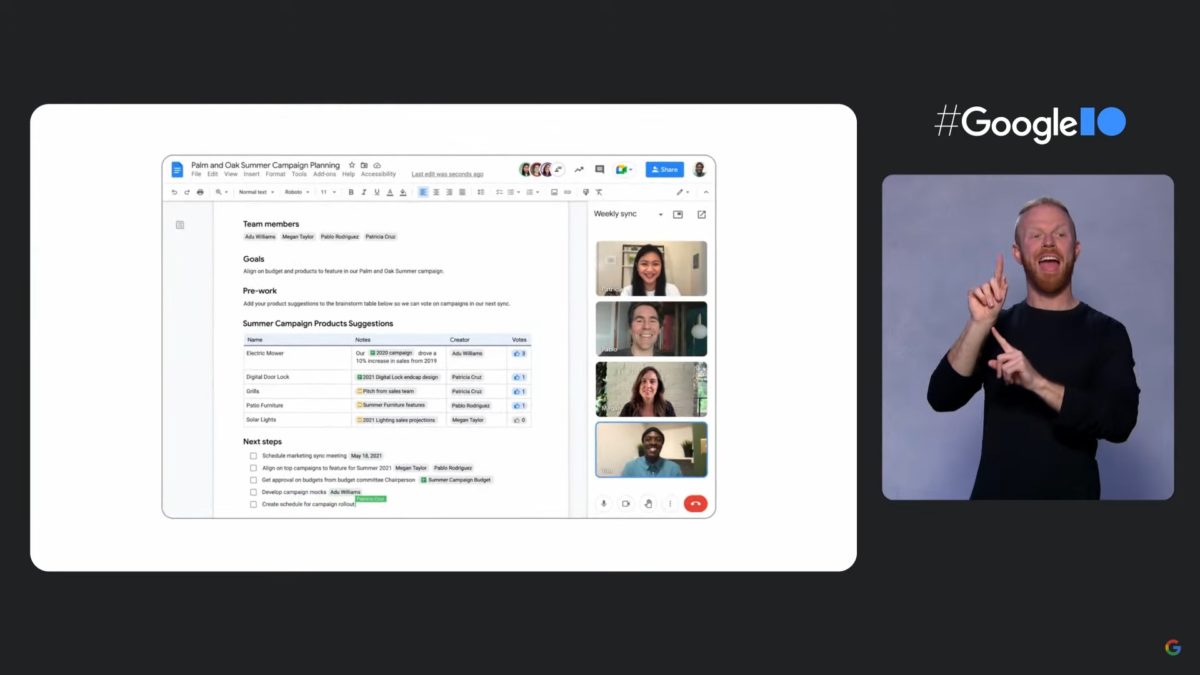 The Google I / O developer conference has just started, and Mountain View has announced a major update to Google Workspace called the Smart Canvas.

Smart Canvas essentially turns Workspace into a collaborative platform that acts like a mix of OneNote, Notion, and Asana. You can seamlessly work on tasks, delegate tasks, present material and much more. Smart canvas also includes votes and inclusive proposals (e.g. changing from “chairman” to “chairman”).

You also get meet chat and video calling capabilities built into Smart Canvas, so you can quickly access a call and present a document without actually leaving your document. Check out the GIF below to get a better idea of ​​how it works.

Other notable features in the update include emoji responses to documents, a smarter template for meeting notes for documents (importing smart chips and attached files from calendar invitations), and the ability to create and edit documents, sheets, and slides from Google chat rooms.

Would you use Smart Canvas for Asana and Microsoft teams? Let us know in the comments.