The state of 5G: Hype versus reality two years later

5G networks have been in operation worldwide since the beginning of 2019, at least in some markets. The rollout so far is said to be much faster than 4G LTE, with wider coverage, a wide choice of carriers, and a variety of 5G smartphones and other devices to choose from, compared to the same point in time when 4G was deployed.

Sounds like great news for the big players in the wireless networking industry, but what about us consumers? Not only did 5G promise us faster data speeds for streaming content, it also promised brand new products and never-before-seen use cases based on the benefits of 5G.

Has 5G technology lived up to the hype so far? Let’s look at the evidence. 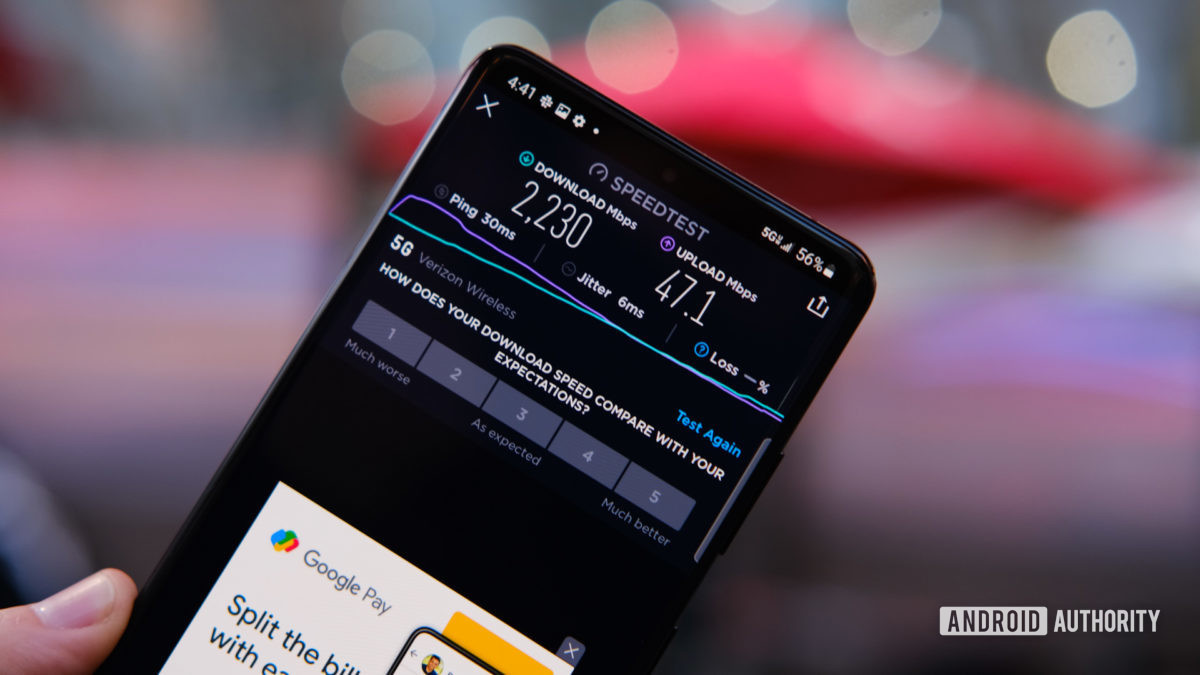 Faster data is 5G’s main promise, touted by carriers around the world. Benefits include streaming high quality video on the go, low latency games, and better bandwidth in densely populated areas. But are consumers really feeling the benefits of faster 5G data speeds?

Looking back on a similar report from January 2019, these network operators achieved speeds of 17.8 Mbit / s, 21.1 Mbit / s and 20.9 Mbit / s, respectively.This is a pure 4G measurement, as these network operators used their commercial 5G Networks had not yet started at this point in time. In the past two years, US carriers have improved their typical data speeds, at least according to OpenSignal, by 7.7 Mbit / s to 15.4 Mbit / s. Hardly the speed revolution that carriers had promised with all the talk about gigabit capabilities. This is particularly disappointing as leading countries such as South Korea offered data speeds of over 40 Mbps on their 4G LTE networks as early as 2019.

OpenSignal also released a 5G-only look at US carriers for January 2021. In this report, faster typical data speeds of 53.8, 58.1, and 47.4 Mbps are found by the big three when customers are connected to 5G. That’s fast, but still a long way from the speeds of over 100Mbps that are often used to demonstrate 5G’s potential. The main problem is that 5G is simply not available most of the time. OpenSignal’s time associated with the 5G score is only 18.8% for AT&T, 30.1% for T-Mobile customers and just 9.5% for Verizon.

Similar is the case with the global state of wireless networks in 2021. The OpenSignal report from March 2021 found a large discrepancy between the fastest and the average global network speed. South Korea’s SK Telecom leads the ranking with typical download speeds of 74.9 Mbit / s – 3.2 times the global average of 23.6 Mbit / s. The top 10 places are made up exclusively of airlines from South Korea , Canada, the Netherlands and Singapore combined, indicating that 5G experiences vary greatly from country to country.

Although it has been more than two years since 5G technology was introduced into networks, most countries are technically still at the early stages of deployment. Availability is currently limited to more populous cities and sometimes only in certain areas or blocks. As a result, the time actually spent using a 5G connection remains low, as does the typical speeds. Unfortunately, we are still years away from 5G becoming the dominant network technology when the switch to 5G standalone becomes possible.

For the uninitiated, 5G technologies can be a bit confusing. The specification is divided into three key frequency groups: very high and fast mmWave spectrum, sub-6 GHz spectrum to expand speed and capacity similar to existing 4G frequencies, and misappropriated low-band frequencies for long-range coverage. The big vision for 5G encompasses all three spectrum groups working together, combining their strengths and balancing out their weaknesses. Spectrum auctions around the world were all slightly different, but so far they have mainly focused on the low-band and sub-6 GHz frequencies. MmWave’s licensing has tended to be slower, especially in Europe. Therefore, the majority of the world’s 5G networks are based on sub-6 GHz and low-band networks with scattering of mmWave in regions that are further removed from their spectrum actions and deployment roadmaps.

5G mm shaft: Facts and Fictions You Must Know About

Despite its much faster top speed, mmWave technology is only available in comparatively few areas. Coverage is mmWave’s biggest problem. According to OpenSignal’s April 2021 mmWave report, U.S. consumers spend less than 1% of their time connecting to a 5G mmWave network. As landline wireless access technology grows, sub-6GHz is the technology that the vast majority of 5G mobile consumers are actually using.

In addition, smartphones can also be divided into camps that only support sub-6 GHz and camps that support mmWave. mmWave is currently reserved for the expensive flagship of the market or more expensive variants of mid-range devices. This means that only a smaller cross-section of consumers can make optimal use of what is currently the fastest 5G technology. Patchy coverage and a plethora of handset features partly explain why some 5G networks haven’t (yet) fulfilled much of the marketing hype.

Unfortunately, if 5G speeds haven’t lived up to the hype so far, there have also been few signs of life in the various Moonshot ideas that have been repeatedly tricked into justifying the industry overhauls required for next-generation networks.

Speaking at CES 2019, Qualcomm President Cristiano Amon said, “5G will pave the way for next-generation immersive experiences, including near-instant access to cloud services, multiplayer virtual reality games, augmented reality shopping and real-time video collaboration. “Build it and the use cases will come was the mentality.

Cue the crickets. Consumers are still waiting for something close to this experience to actually hit the market. So far, 5G cannot do anything that 4G or fiber optic broadband cannot.

The Moonshot ideas that were used to justify industry overhauls for next generation networks were previously lacking.

The mass Internet of Things (IoT), intelligent cities, autonomous vehicle networks and zanier inventions such as remote surgery have so far remained firmly in the realm of ideas. Even mixed and augmented reality industries that have seen isolated success stories are still waiting for their breakout 5G use case. Maybe it wasn’t so smart to market 5G alongside so many unproven markets. Even initiatives that should benefit from radically faster data speeds and lower latency, like cloud gaming initiatives like Google Stadia, haven’t impacted traditional markets.

The problem could of course be that 5G networks are not yet ubiquitous enough to implement these ideas. It is possible that 5G-exclusive use cases will emerge in the coming years, most likely in industry initially. So far, however, the radical innovation from Qualcomm, Huawei, T-Mobile and others has not materialized.

At least 5G phones are everywhere

At least one prediction from the early days of 5G has come true: it will be increasingly difficult to buy just a 4G handset in 2021. At least this is true in western markets. 4G phones are still quite popular in more affordable Asian markets where 5G has not yet been introduced.

Elsewhere, few could have predicted how affordable 5G smartphones would become in just two short years. Granted, the first flagships with optional external modems were very expensive and pushed industry prices consistently above $ 1,000.

The Best 5G Plans in the US: Which carrier is the right one for you?

However, integrated 5G chipsets arrived in upper-midrange smartphones in 2020 and are on the way to extremely affordable cellphones in 2021. Budget-friendly 5G flagship phones are $ 799 for the Samsung Galaxy S21 and $ 699 for Google’s Pixel 5. On the Cheaper End, the Samsung Galaxy A32 5G and OnePlus Nord N10 both support 5G speeds for less than $ 300 Dollar.

Even if the adoption of 5G is still in its infancy, millions of consumers who have purchased cell phones in recent years are already future-proof. With 5G features quickly moving to cheaper price ranges, millions more consumers will be ready when the 5G switch is turned on in their region.

The state of 5G technology: Much remains to be done 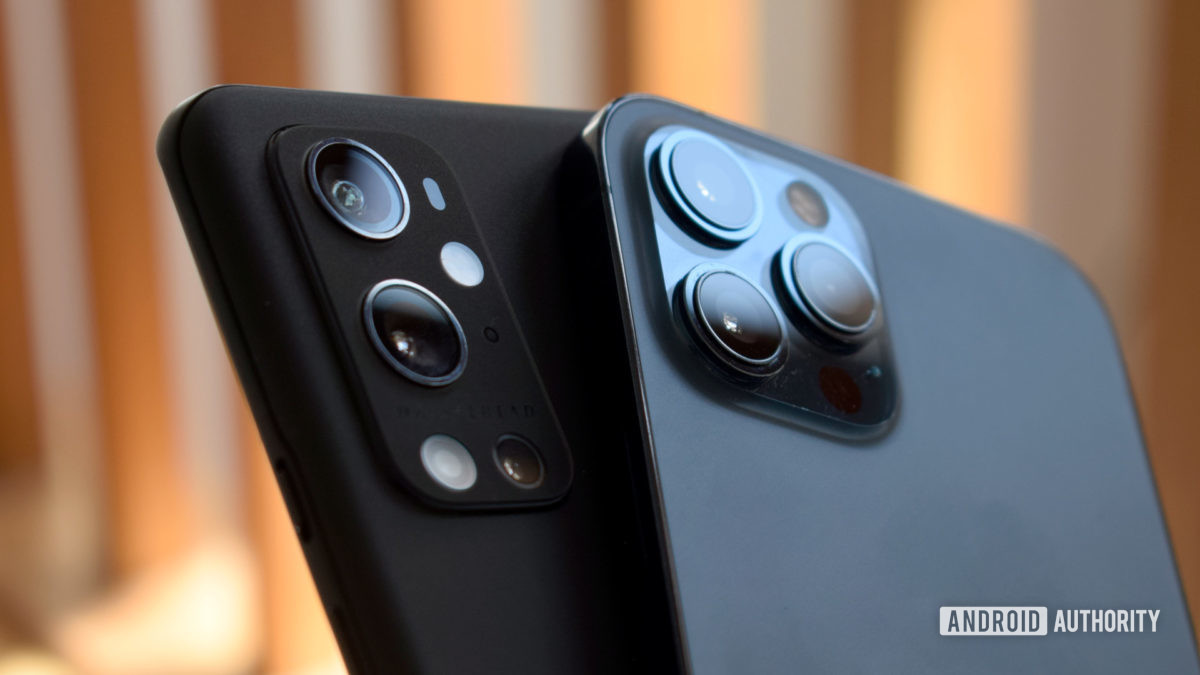 Of course, two years is not a particularly long time in the grand scheme of completely new network technology. We are still in the early stages of adopting 5G, even in seemingly well-established markets like the US. It will be at least a few more years before 5G connections are available in smaller cities and rural areas. Around the world, some countries are still sharing and auctioning the 5G spectrum. It can take a while to reach the level of deployment required for new use cases to emerge.

5G is quick on paper, but consumers don’t always see the benefits in the real world.

Expectation management with 5G has been bad for both carriers and tech companies. Data shows that data speed and availability in practice have not fulfilled the high promises, especially those advertised by mmWave technology. Building a hype with unproven ideas and new business proposals will also disappoint consumers and industry if it doesn’t materialize.

Nevertheless, there is still reason to be optimistic about the possibilities of 5G in the coming years. 5G standalone is possible as soon as broader rollouts have been achieved. Compared to today’s non-standalone networks, 5G standalone is able to provide network slicing, low latency, flexible subscription models and dynamic service creation for smart cities, mass IoT, automotive and other use cases.

However, the high expectations that were set when 5G networks were launched more than two years ago will remain for a few years for the time being.