Life is better with love and laughter. It’s a privilege and a challenge to have both in your life. However, single people and couples alike can enjoy a good romantic comedy. These are the movies that remind us how silly and how fun romance can be, even when things get complicated for the people falling in love in front of our very lives. It’s also comforting to know that no matter what happens, no matter how bad things look, love is going to win out in the end and the audience is going to be happy. Hulu knows just what you like, and that’s why it’s assembled a great lineup of romantic comedies for your viewing enjoyment. When you’re ready to get your rom-com on, check out these flicks!

Need more rom-coms this weekend? Check out our roundups of the best rom-coms on Amazon Prime Video and the best romantic comedies on Netflix.

Can men and women enjoy a purely sexual relationship without romance or emotional attachments getting in the way? That’s the central question of Friends with Benefits. Mila Kunis stars as Jamie, an executive headhunter who recruits Dylan (Justin Timberlake) for a prestigious position at GQ. Their attraction for each other is obvious from the start, and they waste little time before having sex. They also become genuinely good friends, even when dating other people. But when Dylan meets Jamie’s family, complications not only ensue, they also threaten to tear apart their friendship as well.

Ever since she was cast as the mom in How I Met Your Mother, Cristin Milioti has proven to be a very versatile romantic lead. In It Had to Be You, Milioti plays Sonia, a jingle writer who has a bright future in advertising. Sonia also has a boyfriend, Chris (Dan Soder), whom she has been dating for a long time. However, Sonia is so afraid of commitment that she not only shoots down Chris’ marriage proposal, she torpedoes their relationship and runs off to Italy to fulfill a fantasy. Unfortunately for Sonia, the reality of her romantic fantasies is less than ideal, and she may have let her true love get away.

You should be happy to hear that Rachel McAdams is not romantically paired with Harrison Ford in Morning Glory. Instead, Becky Fuller (McAdams) forcibly recruits veteran newsman Mike Pomeroy (Ford) to be the new co-host of DayBreak, a struggling morning show. Jerry Barnes (Jeff Goldblum), a network executive, has given Becky a limited time to turn the show’s fortunes around. Becky soon finds herself falling for Adam Bennett (Patrick Wilson), another producer at the network. But as Becky struggles to hold the show together, even Adam seems dismissive of her ambitions, which threatens to harm their burgeoning relationship.

Mystic Pizza was Julia Roberts’ third film, which is why she only gets second billing under Annabeth Gish. Roberts and Gish play Daisy and Kat Araújo, a pair of sisters who work for Leona (Conchata Ferrell) at Mystic Pizza alongside their friend, Jo-Jo Barbosa (Lili Taylor). The core of the story is about the sisters’ relationships with each other and their significant others. Daisy finds a suitor in Charles Gordon Windsor Jr. (Adam Storke), but she questions his motives after meeting his family. Kat falls for Tim Travers (William R. Moses), a married man with a kid. However, their affair can only lead to heartbreak.

Aging womanizer Harry Sanborn (Jack Nicholson) and his young girlfriend, Marin (Amanda Peet), arrive at her family’s beach house in the Hamptons for a relaxing weekend away. Unfortunately, Marin’s mother Erica (Diane Keaton) also plans to stay for the weekend. Unsurprisingly, Erica hates Harry and his relationship with her much younger daughter. But when Harry has a heart attack and is prescribed bed rest at the Hamptons home, Erica is suddenly in charge of Harry. And the two have surprising chemistry.

The writing-directing debut of actress Julie Delpy, 2 Days in Paris follows Marion (Julie Delpy) and Jack (Adam Goldberg), a struggling international couple that embarks on a European vacation to try and piece their romance back together. But after arriving in Paris to pick up Marion’s cat, they decide to stay for two nights in the famous city. As the pair begins encountering a number of Marion’s French-speaking ex-lovers, Jack begins to question his girlfriend’s fidelity, further fraying the weather-worn strings keeping him and Marion together. A beautiful breakout from Delpy featuring amazing characters, graceful camerawork, and an emotional score (composed by Delpy), 2 Days in Paris is hard to forget.

Abby (Kristen Stewart) and Harper (Mackenzie Davis) a lesbian couple, are planning on spending the holidays with Harper’s right-leaning parents. Embarking on their yuletide trip, Abby has a surprise up her own sleeve in the form of a marriage proposal to her longtime girlfriend. Terms of endearment are prematurely shelved, though, when Abby discovers that Harper hasn’t officially come out to her mother and father. A loving rom-com and a new holiday classic with a glossy sheen, Happiest Season isn’t breathtakingly original, but its sincere story and earnest performances from Stewart and Davis help to elevate the film above other rom-com streaming fodder.

Alice Mori (Maya Erskine) and Ben King (Jack Quaid) are friends in their late 20s and both unwed. Forced to watch everyone in their social circle get married, the duo makes a pact: For every wedding that they’re both invited to, they’ll act as each other’s “plus ones.” Leaning heavily on the onscreen chemistry between Erskine and Quaid, Plus One was released a year before Palm Springs (also featured in this roundup), a rom-com with a similar premise, albeit laced with surreal antics. Plus One goes for a more grounded approach, delivering low-key laughs instead of show-stopping set pieces, a narrative choice that works remarkably well.

Young Adult stars Charlize Theron as young adult fiction writer Mavis Gary. Fueled by resentment, alcohol, and an unfulfilling career, Mavis leaves Minneapolis to return to her hometown of Mercury, Minnesota. Her intention: To steal her old high school sweetheart, Buddy (Patrick Wilson), from his married life. Mavis and her narcissistic tendencies are in for a rough ride though when a former classmate named Matt (Patton Oswalt) begins to infiltrate Mavis’ selfish plans for a glory-days homecoming. Powered by a rich lead performance by Theron and a biting script by Diablo Cody, Young Adult is a lesser-remarked-upon Jason Reitman flick but a worthy one all the same.

It’s November 9th, and Nyles (Andy Samberg) is heading to the wedding of friends Tala and Abe — again and again and again. It turns out that after entering a strange vortex in a desert cave, Nyles is stuck in an unbreakable time loop. The situation becomes more complicated once Sarah (Cristin Milioti), the maid of honor and sister of the bride, enters the portal with him, thereby cursing herself to the same vacuum. Oh, and let’s not forget that Nyles is being hunted by a man named Roy (J.K. Simmons). Taking the rom-com genre by storm, Palm Springs dishes out violence and hearty humor in all the right doses. It’s one you don’t want to miss. And miss. And miss.

When Phil and Claire Foster (Steve Carrell and Tina Fey) decide to spice up their mundane date-night routine, Phil chooses a hot and popular Manhattan restaurant for him and his spouse. The only issue is they didn’t call ahead, and there are no more tables. No worries. Phil, ignoring Claire’s protests, takes the table of a no-show couple known as the Tripplehorns. While dining, Phil and Claire are approached by Collins (Common) and Armstrong (Jimmi Simpson), two mob enforcers that believe the Fosters are the Tripplehorns and that they’ve stolen from their boss, Joe Miletto (Ray Liotta). What follows is an action odyssey, buoyed by two incredible comedic performances from Carrell and Fey.

Leave it to Nintendo to make the least-traditional online third-person shooter on the market but also have it be such a smashing success that it spawned two sequels. Splatoon 3 is, of course, the latest in the squid-kid franchise that brings in tons of new features, modes, mechanics, and improvements to the series all about…

Digital Trends may earn a commission when you buy through links on our site. x Chromebooks are well-optimized and easy-to-use devices that offer great value for students and parents looking for the best student laptop deals. It’s no surprise that many schools are recommending that families get Chromebooks – Google’s included ChromeOS offers most of… 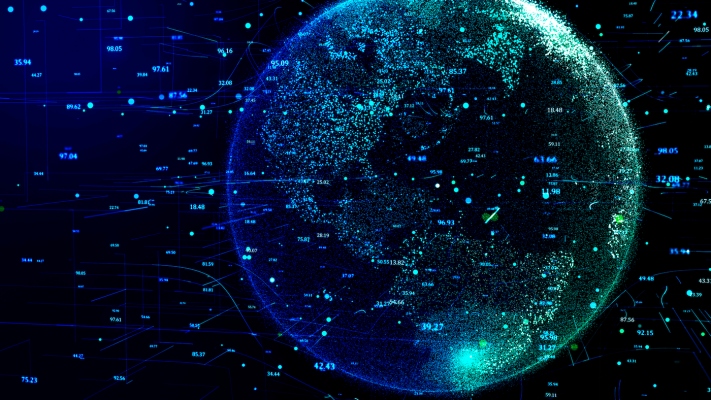 Joshua Jahani Contributor x Joshua Jahani is a lecturer at Cornell University and New York University, and a board adviser at the investment bank Jahani and Associates specializing in the Middle East and Africa. More posts by this contributor We must subsidize and regulate space exploration Cryptocurrency remittances are a lifeline for Afghans after the…

If you’re looking to buy a new iPad, you’ve checked out our look at the best iPad, right? Good. That’ll help set you up so you know exactly which iPad will suit your needs the best. Once you’ve figured that out, you then need to think about where the best place to buy an iPad… 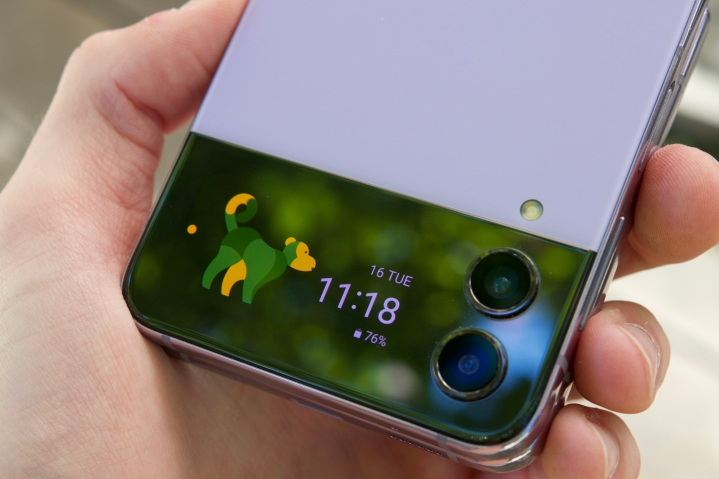 Since the Samsung Galaxy Z Fold 2, I’ve been a Fold guy. Earlier this year, I used the Galaxy Z Fold 3 as my daily driver for about six months and got so used to it that transitioning to my iPhone 13 Pro Max was a heartbreaking move. After all, I need that screen estate! I… 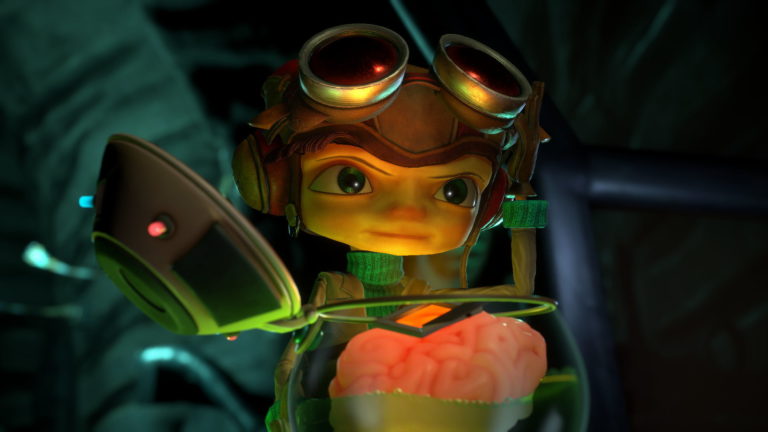 Psychonauts 2 sees you once again stepping into the shoes of Razputin Aquato. Promoted from Camper to Intern, he’s got a bunch of new powers at his disposal and a variety of new locations to explore. Throughout your journey, you’ll be jumping into the brains of iconic characters as you unravel a mystery that’s once…