The mods mentioned below come directly from Nexus Mods. We’ve provided links to their pages to make them easy for you to download. Whether you’re a modder yourself or just looking for a good laugh, the mods on this list are for everyone to enjoy.

Fluffy Manager is going to act as your mod-manager for Resident Evil Village. If you plan to mod the game any further, Fluffy Manager will make it easy to download and install future mods, arrange them, and uninstall them should you choose to.

Fans of Nier: Automata, the 2017 JRPG, will enjoy this mod as it replaces Lady Dimitrescu’s daughter’s torn and dirty outfits with sleek YoRHa dresses. Players have the option to equip the visor as well. The dress options come in both black and white, with white being slightly more creepy, especially when standing next to Lady Dimitrescu herself. They give off an asylum vibe that adds to the horror of Castle Dimitrescu.

If you didn’t play Nier: Automata, you may recognize the YoRHa outfits from SoulCalibur VI. 2B, the protagonist from Nier: Automata, was released as a DLC character in SoulCalibur in December of 2018. The Daughters of YoRHa mod comes to us from creator JTeghius Kittius and can be download via Nexus Mods.

Speaking of Lady Dimitrescu’s daughters, those pesky flies are probably full of disease. Thankfully, players can install the Fly Swatter mod to turn Ethan’s trusty blade into a pest-killing machine. Don’t worry, the fly swatter will do just as much damage as the knife (which wasn’t much to begin with) and can be used outside of Castle Dimitrescu. Yes, you can absolutely try taking down Lycans with Ethan’s new weapon.

This mod comes to us from EvilLord and CrazyPotato and can be downloaded via Nexus Mods.

This is one of those joke mods that will provide players with a few minutes of hysterical laughter before diving into the main game. We all know Ethan has a baby daughter, and we all know Chris Redfield plays a part in Resident Evil Village. Without spoiling anything further, just imagine Chris Redfield’s head on baby Rose’s body.

This mod actually garnered so much popularity that creator JTeghius Kittius had to take it one step further. They made a matching mod that also replaced Chris Redfield’s head with baby Rose’s head. Yes, it’s just as cursed as it sounds. You can download Mini-Me Chris and Baby Rose Chris on Nexus Mods.

There’s something truly horrifying about blending a fond childhood memory with a murderous 9-foot-tall woman. That is exactly what the Count Theodora mod does. Lady Dimitrescu will now stalk Ethan around her castle while wearing the head of Thomas the Tank Engine. One user referred to the mod as “Thomas the trauma engine.”

While on the topic of blending fond childhood memories with gothic horror, players can install what we’ll just call the Spongebob mod to replace the art and pictures displayed around the game with images from the Nickelodeon show, Spongebob Squarepants. Believe us when we say this mod goes into great detail. It replaces practically every piece of artwork or framed photo with an image or painting from seasons 1-3 of Spongbob. Even the Village of Shadows book Mia reads can’t escape this mod.

This mod even goes as far as to add a framed picture of DoodleBob to Ethan and Mia’s house in the very beginning. Thanks to creator KushAstronaut, you can download this mod from Nexus Mods and enjoy a good laugh right now.

From creator JWesker, this mod fits the Duke with the Merchant’s robes in size Quadruple-XL. Download it now via Nexus Mods.

Ghostface, the iconic serial killer from the Scream franchise, has found his way into Resident Evil Village. Thanks to a modder simply named George, Ethan can take down Ghostface while playing both The Mercenaries and Campaign. This mod replaces the Moroaica enemies, the sickle-wielding skinny ones, with the iconic killer. While depicting what looks like a Halloween costume mixed in with beautifully disgusting Lycans, this mod is certainly a fun one.

Perhaps Resident Evil is one of Ghostface’s favorite scary movies? Either way, players can download the Ghostface mod from Nexus Mods.

Unless players have unlocked the LZ Answerer melee weapon, better described as a lightsaber, they don’t have many melee weapons to choose from in Resident Evil Village. Chris’ combat knife can get the job done, but more hands-on players will want some variety to choose from, and they’ll get it from this mod.

Players can freely download whichever melee weapon they wish to use instead of downloading the entire batch. They can be turned on and off via Fluffy Manager, but only one will work at a time. There are 15 different weapons to choose from including the Lycan Hammer (shown above), the Saw Axe, and the Witch Shotel. Thanks to creator MadMax, you can download this mod from Nexus Mods.

Nothing says “zombie killing machine” quite like the ray gun from Call of Duty’s infamous zombie mode. Players remember the first time they pulled the ray gun from the mystery box after beating Call of Duty: World at War’s campaign and unlocking the secret mode. Now, they can wield the same weapon in Resident Evil Village … sort of.

There are two different versions of this mod, both from creator KushAstronaut, the same modder that brought us the Spongebob mod. One version replaces the standard LEMI pistol with the ray gun. However, it only does as much damage as your LEMI and doesn’t make the classic ray gun sound effect.

Second, players can download a different version that replaces the rocket pistol. KushAstronaut was able to add something very close to the classic ray gun sound when firing. The rocket pistol does massive amounts of base damage and has a splash-damage radius just like the ray gun. Download the LEMI version of the mod or the rocket pistol version, both available on Nexus Mods. 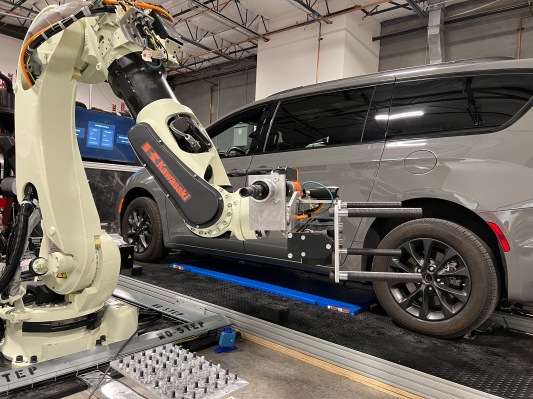 RoboTire crossed our radar in February of last year, just before much of the world was brought to a complete standstill courtesy of the pandemic. Things were still fairly early stages for the Detroit-based startup, which was founded by former Spark Robotics CEO Victor Darolfi. The company has clearly picked up some good, strategic interest…

Toronto-based Clearco, a fintech capital provider for online companies, has raised $215 million in a round led by SoftBank Vision Fund II. The financing event closed just weeks after Clearco completed its most recent financing, a $100 million round that quintupled its valuation to $2 billion. While the trend of rapid-fire, follow-on financing for startups… 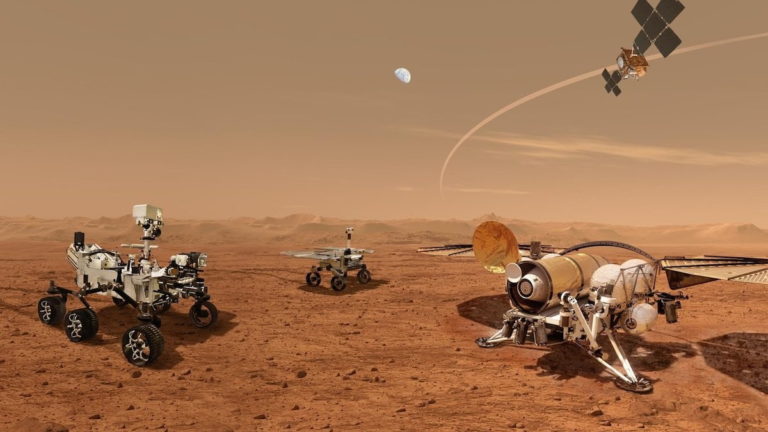 NASA has shared a video showing the complex series of steps required to bring the first samples of Mars rock to Earth. The space agency’s Perseverance rover is currently drilling and caching samples from inside Mars’ Jezero Crater as part of a research effort to find out if microbial life ever existed on the red… 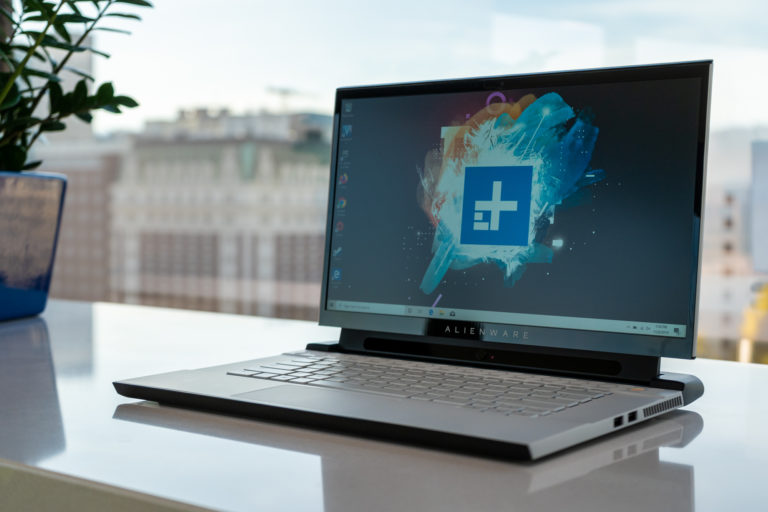 Memorial Day sales are fully underway right now and there are some truly fantastic Memorial Day gaming laptop deals happening today. If you’re looking to save big on a new gaming laptop, this is a great time to check out what’s on offer. Read on while we take you through some of the best gaming… 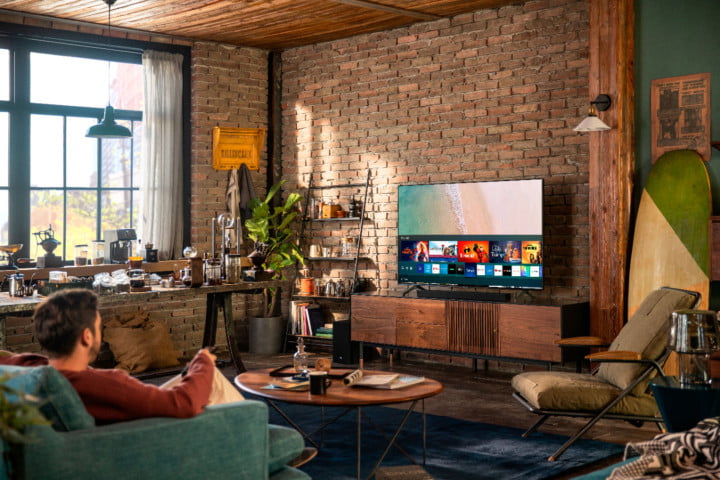 Buying a new TV is often an exciting experience for the entire household (unless it’s because your remote went flying through the screen of your old set). Best of all, thanks to major strides in resolution, upscaling, and backlighting, we can sit closer to our TVs than ever before — without that dreaded pixelation. Do keep in…

ProWellTech virtually sat down with venture capitalist and Cleo Capital managing director Sarah Kunst at our latest Early Stage event last week. Kunst joined us to chat about preparing for raising capital in today’s frenetic fundraising environment, digging into the gritty mechanics for the audience. x Cleo Capital invests $500,000 to $1 million into early-stage…