Earlier this year, Apple officially retired Music Memos, an iPhone app that allows musicians to quickly record audio and come up with new song ideas. Now a new startup called Tape It is stepping in to fill the void with an app that enhances audio recordings by adding a variety of features including higher quality sound, automatic instrument recognition, support for markers, notes and images, and more.

The idea for Tape It came from two friends and musicians, Thomas Walther and Jan Nash.

Walther previously worked for Spotify for three and a half years after taking over the audio detection startup Sonalytic, which he co-founded, in 2017. Nash, on the other hand, is a classically trained opera singer who also plays bass and is an engineer.

This is joined by the designer and musician Christian Crusius, previously from the design consultancy Fjord, which was taken over by Accenture.

The founders, who had played in a band together for many years, were inspired to build Tape It because they wanted to do it themselves, says Walther. After finishing his time at Spotify in the new Soundtrap division (an online music startup that Spotify also bought in 2017), he knew he wanted to work on a project that was more focused on music production. But while Soundtrap worked for some, it wasn’t what Walther or his friends needed. Instead, they wanted a simple tool that would allow them to record their music with their phone – something musicians often do these days with Apple’s Voice Memos app and, for short, Music Memos – until their demise. 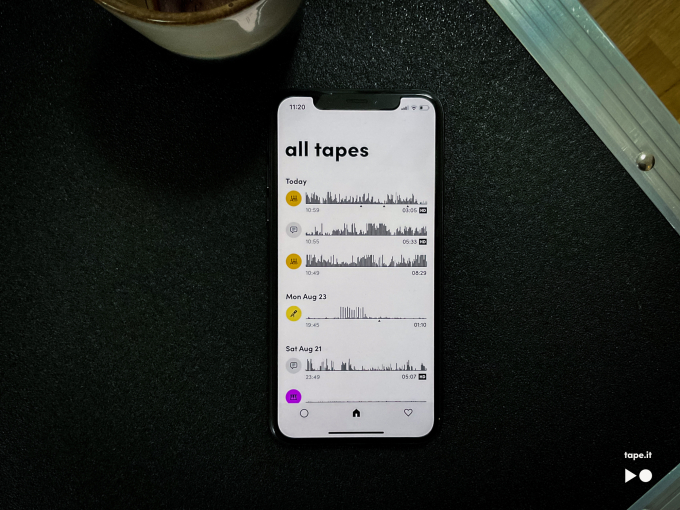 That said, when you want to record, the easiest thing to do is not to pull out your laptop and plug a bunch of cables into it, and then load your studio software – it is to press the record button on your iPhone.

The Tape It app allows you to do just that, but adds other features that make it more competitive with its built-in competition, the Voice Notes.

When you record with Tape It, the app uses the AI ​​to automatically detect the instrument and then add a visual cue to the recording so that those recordings are easier to find by looking for the colorful icon. Musicians can also add their own markups to files as they are recording, and then add notes and photos to remind themselves of other details. This can be useful when reviewing the recordings later, says Walther. 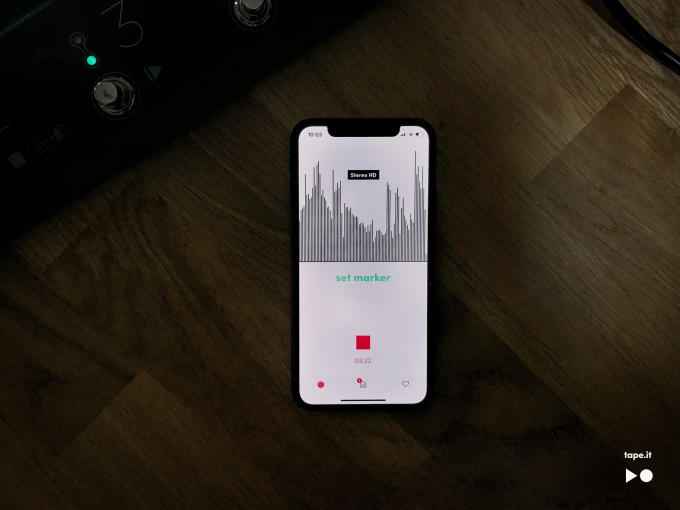 “If I have a nice guitar sound, I can just take a picture of the settings on my amplifier and I have them. It’s something that musicians do all the time, ”he notes. “It’s the easiest way to recreate this sound.”

Another novel but simple change in Tape It is that longer recordings are broken down into multiple lines, similar to a paragraph of text. The team calls this the “time lapse” and believes it makes listening to longer sessions easier than the default setting – which is usually a single, horizontally scrollable recording.

The app has also been designed to make it easier to get back to the correct part of the footage thanks to its smart waveforms, in addition to the optional markers and photos. And you can mark recordings as favorites so you can quickly get a list of your best ideas and sounds. The app also offers full media center integration so you can play your music whenever you want.

The outstanding feature, however, is the support of “Stereo HD” in the quality of Tape It. Here the app uses the two microphones of devices like the iPhone XS, XR and other newer models and then improves the sound with AI technology and others itself developed noise reduction techniques. This feature is part of his $ 20 per year premium subscription.

Over time, Tape It intends to expand the use of AI and other IP to further improve sound quality. There are also plans to introduce collaborative features and support for importing and exporting recordings in professional studio software. This could eventually bring Tape It into the same market that SoundCloud originally pursued before shifting its focus to becoming more of a consumer-centric service.

But first, Tape It wants to get to the heart of the single-user workflow before adding any more sharing functionality.

“We decided it was so important to make sure it was only useful to you. The stuff that you can work on together – if you don’t want to use it yourself, you won’t use it, ”says Walther.

The three-person team at Tape It is based in both Stockholm and Berlin and is currently bootstrapping.

The app itself is a free download on iOS and will later support desktop users on Mac and Windows. An Android version is not planned.