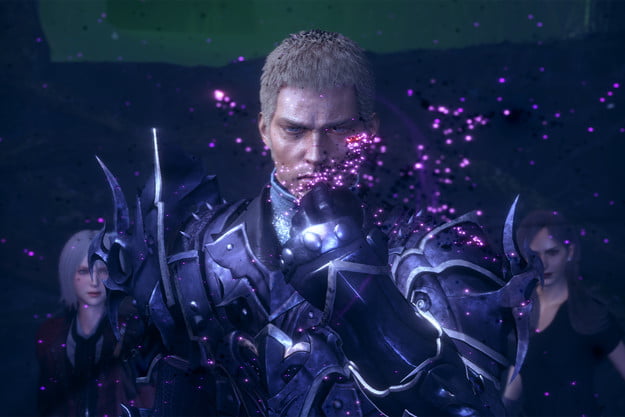 “Final Fantasy Origin will enthrall players with its dumb, but awesome story and approachable Soulslike gameplay.”

Stranger of Paradise: Final Fantasy Origin is probably the dumbest game that will come out this year. It certainly ranks among the weirdest Final Fantasy spinoffs. It will also be one of my favorite gaming experiences of 2022, because no game I’ve ever played is as confident in its ridiculous self as Final Fantasy Origin.

It’s the Venom: Let There Be Carnage to Final Fantasy XV’s Spider-Man: No Way Home. It’s hammy and clunky compared to its much better peers, but is so earnest in its delivery that you can’t help but adore it. An absurdly written and paced story elevates an approachable, fast-paced Soulslike to a meme-worthy status that will make it one of the games of 2022, even if it isn’t one of the best games of the year.

I did it my way

Stranger of Paradise: Final Fantasy Origin is not well-written in a traditional sense. Characters often grunt when there should be dialogue or say similar things over and over again. Cutscenes are paced poorly toward the start of the game, and some lines are so cheesy that I cringed and laughed the first time I heard them. But somehow, it all worked and totally enthralled me by the time the credits rolled.

The game follows Jack Garland, who shares a last name with the villain of the original Final Fantasy. As you might have heard, he is on a mission to kill Chaos, and he doesn’t really know why at the start of the game. Along the way, he’ll team up with four other “strangers” to form the Warriors of Light, restore four elemental crystals to bring balance to the world, and regain lost memories.

That sounds compelling enough, but doesn’t prepare you for just how bonkers the writing, pacing, voice acting, and climax of Final Fantasy Origin get. As soon as I saw that one of the game’s openings shots was a raindrop falling down a statue’s face like a tear, I knew I was in for a treat. One of my favorite interactions in the game was when an Innkeeper asked Jack to stay at his inn, Jack grunted in response, and the Innkeeper replied, “I was hoping you’d say that!”

It’s the Venom: Let There Be Carnage to Final Fantasy XV’s Spider-Man: No Way Home.

Bizarre interactions like that are common. If they’re not happening, Jack or one of his cohorts is probably giving a melodramatic speech about why they need to kill Chaos, whether it’s a mercy to forget your memories, and what their life’s purpose is. If someone handed this script to a screenwriting teacher, they’d probably give it an F and say to make it sound more natural and human.

Final Fantasy Origin’s pacing is also all over the place. The narrative jumps around a lot toward the start of the game, hits a lull in the middle, and then has an ending that escalates the situation so quickly that I was in shock. This is a story about a villain, after all.

On a surface level, Final Fantasy Origin’s writing seems like it’s terrible and amateurish. But oddly, this narrative ends up actually being genius. Stick with this game until the end, and all of the bold and peculiar writing, pacing, and acting choices will make sense — trust me.

Final Fantasy Origin’s story shouldn’t work, but I was entirely on board with this ridiculous plot by the time the credits rolled. The developers seem to be in on the joke of how meme-worthy this game is, and Mocean Melvin’s performance as Jack Garland incorporates just the right amount of camp to make me love this gruff and tragic character.

It’s hard to say its story is good, but the plot is so ridiculously dumb, and the central performance is so captivating, that one can’t look away any time a cutscene is unfolding on screen.

While Final Fantasy Origin’s weird narrative will undoubtedly be its legacy, the gameplay isn’t half bad! It’s an enjoyable action game that takes clear inspiration from Dark Souls. As Final Fantasy Origin is releasing in the shadow of Elden Ringit’s hard not to compare the two, butcalling this game a Soulslike isn’t wholly accurate.

Final Fantasy Origin’s combat is way faster than even Bloodborne and more akin to the speed of a Devil May Cry game or Final Fantasy XV. In classic Final Fantasy fashion, there are a variety of jobs to choose from, and these jobs determine Jack’s special abilities, weapons, and playing style. Upgrading these jobs and unlocking more advanced ones is the backbone of the game’s progression.

I ultimately assumed the Pugilist, Monk, and Tyrant jobs, which focus on hand-to-hand combat the most. While those classes revolve around short-range combat, I loved being able to attack and stagger enemies super quickly. Once I did that, I could use Jack’s Soul Burst ability to violently kill them and gain some MP to use on my job’s unique abilities.

While that ended up being my go-to setup, there are plenty of other jobs and weapons to choose from. Players can opt to be a Samurai that strikes less frequently but deals a lot of damage or a Red Mage that keeps a distance but takes advantage of enemies’ elemental weaknesses.

Ultimately, the player’s goal in these encounters is to constantly use Soul Burst, or a Soul Shield that can absorb magical attacks, to build up their MP. In turn, players can use that MP on special abilities and combos that can deal lots of damage. If players die, they lose all of the MP they accrued. That’s the main thing players lose upon death, so it’s not as punishing as a game like Elden Ring.

The game gets the toughest in boss fights, which are usually callbacks to iconic fights in the original Final Fantasy. Thankfully, it features a variety of difficulty options. I could play it like a challenging FromSoftware game on Hard or Chaos difficulty, then could turn it down to Story or Casual to feel more like a traditional action game.

These difficulty options are a breath of fresh air after the unforgiving nature of Elden Ring and ensure most people will be able to see the whole game through. As a result, people like myself who bounced off Elden Ring might actually like Final Fantasy Origin’s combat more. Unfortunately, the level design and gear system aren’t always on par with the combat.

Not quite so bad it’s good

While all of the levels reference Final Fantasy games, which is a nice treat for fans, some have labyrinthine designs that are frustrating to get through, especially as Jack and his allies only respawn at bonfire stand-in Cubes scattered around each level. The visuals also aren’t great -– Final Fantasy XV and Final Fantasy VII Remake both look better on PS4.

Players are constantly obtaining new gear, and while these items can be upgraded and have special effects, I got new, more powerful equipment so often that I never really got attached to one gear look or build. The overwhelming amount of gear players get from defeating enemies in levels makes the measly rewards for beating a level negligible.

I still enjoyed playing Final Fantasy Origin. This is a game many people will want to experience for its story more than its gameplay, but developer Team Ninja didn’t slouch in making the game fun to play and approachable enough that those there for the story won’t hit any roadblocks.

The overwhelming amount of gear players get from defeating enemies in levels makes the measly rewards for beating a level negligible.

Stranger of Paradise: Final Fantasy Origin knows what it is and owns up to it, so I love it and all of its beautiful, terrible flaws. Its narrative is equal parts stupid and genius, and its gameplay is tough but approachable. It was clearly a passion project for producer Tetsuya Nomura, and so weird I’m shocked that Square Enix agreed to tell the story of Garland like this. There are, and will be, more polished games than Final Fantasy Origin that will come out this year, but few will live in my head rent-free like Jack’s quest to kill Chaos.

From a gameplay standpoint, Elden Ring will provide a better Soulslike experience. That said, this is an approachable game for anyone new to the genre. As for the story, no other game can match the pure ridiculousness of Final Fantasy Origin’s writing and overarching narrative.

Final Fantasy Origin is a relatively short and linear level-based game that players can beat in around 10 to 15 hours. Of course, there will be some variation depending on what difficulty you are playing on and what jobs you’re using.

Yes. This game is so weird and bombastic that fans of Final Fantasy or anyone who has been charmed by its odd trailers won’t regret checking it out. At the very least, do yourself a service and watch the cutscenes on YouTube once that becomes an option.