Soulstice review: an enjoyable AA throwback with one fatal flaw 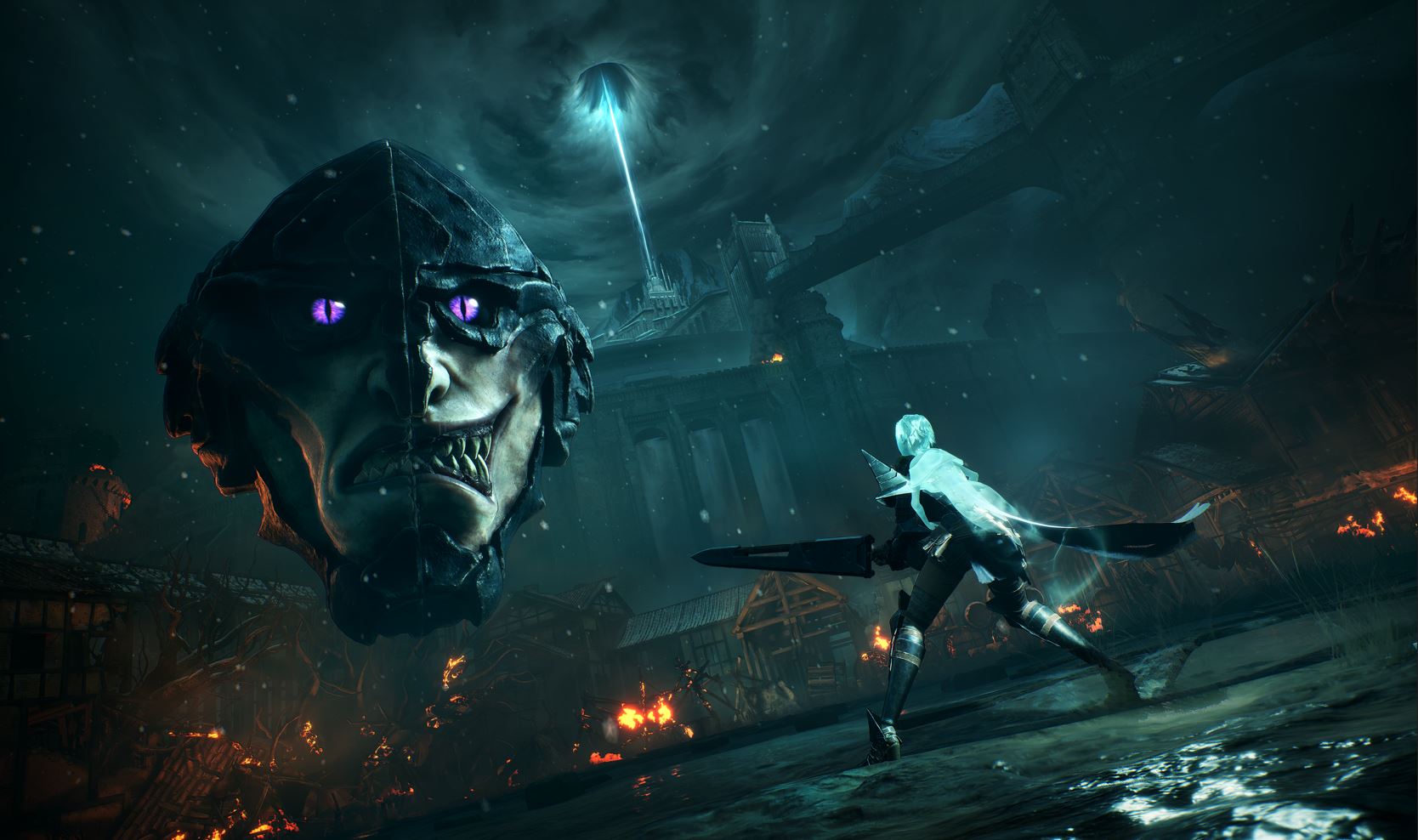 I often see people lament that the AA mid-budget games that dominated the PlayStation 2 and original Xbox era no longer exist, but that couldn’t be further from the truth in the 2020s. Publishers like THQ Nordic, Focus Entertainment, Nacon, and Modus Games are giving small- to medium-size studios the budgets to make ambitious, if not highly polished, games. As such, I find the games from these publishers to be some of the most interesting on the market, so I was particularly intrigued by Modus Games and Reply Game Studios’ fantasy action game Soulstice.

An Italian game studio developed Soulsticebut it feels like something that would’ve come from a Japanese developer on the PS2 or PS3 in the 2000s. While its title and setting might lead you to believe it’s a Soulslike, in reality, this game plays like Devil May Cry and many of PlatinumGames’ action titles. Soulstice is far from perfect because of its terrible camera and lack of diverse environments, but it is so earnestly inspired and creative that I recommend those intrigued still check it out.

The ties that bind

From the start, Soulstice doesn’t hide its inspiration. Like the beginning of Bayonettaplayers fight hordes of enemies while fully powered up on a platform that appears to be infinitely falling. After a climactic confrontation against a mighty enemy though, things slow down as the game flashes back to the protagonists Briar and Lute slowly rowing their way into Ilden, a city completely destroyed by a tear in the sky.

In this world, people pass “beyond the veil” when they die, but something caused this veil to tier over the city, killing or corrupting everyone within it. Briar and Lute are a Chimera, a superpowered warrior created after they almost died and were fused against their will, and are sent to Ilden to investigate and deal with the threat. It’s a compelling and intriguing opening, and while the voice acting can sound campy, Soulstice’s world and characters are thoughtfully fleshed out in a way that should please those who love to dig into video games’ lore.

Soulstice is fun, although its gameplay comes with one major catch.

Its presentation and cinematography also show inspiration from anime and manga like Berserk and Claymorewith heavily armored warriors and giant swords galore. Its story also has some surprisingly deep themes regarding toxic relationships, whether with people or organizations, and Soulstice is packed to the brim with cutscenes in between all the action. Mid-budget games often struggle to tell consistently engaging stories, but that’s one place Soulstice doesn’t fail. The budget mainly shows in the voice acting and lack of setting variety.

Almost all of Soulstice takes place within Ilden, and while it’s a well-realized setting, it lacks visual pop for much of the experience. Ilden is a very gray city, and most of the game takes place in medieval cobblestone streets, buildings, and sewers that aren’t too distinct from one another. It’s noticeable compared to developers like PlatinumGames, which is typically good at constantly changing up the setting and visual formula of the game to keep things engaging.

Soulstice does have a few moments that shake up the visuals, but its limited setting does leave me yearning for a globe-trotting adventure if this becomes a series. But in a game like this, the action that takes place within those spaces is the most important thing. Thankfully, Soulstice is fun, although its gameplay comes with one major catch.

Soulstice often feels like a PS2 action game in the best way possible. Players will face off against waves of enemies in fast-paced combat that rewards players who pull off massive combos and are rated for their performance at the end of each encounter. Combat is a little bit slower than something like Bayonetta but feels good as Soulstice also incorporates quite a few unique mechanics into this storied action game formula.

This is a deep action system that any fan of the genre can appreciate as it brings new ideas to the table.

Most of them center around Lute, Briar’s younger sister, who is magically bonded to her as a Shade. Lute will attack enemies on her own, but players can also control her to prevent or deflect some powerful hits. Some Soulstice enemies are also color-coded blue and red. Briar’s regular attacks bounce off these enemies, so players must have Lute create an Evocation Field to damage blue enemies or a Banishment Field to hurt red enemies with Lute. These can’t last forever though, as Lute’s entropy slowly drains and can eventually cause her to disappear entirely for a short while if it runs out.

Battles in Soulstice are a constant balance of activating and deactivating these fields to build up your combos and increase Briar and Lute’s Unity. At max Unity, players can use a special synergy attack at the end of combos or go Berserk, which massively powers them up for a bit and removes the need for Fields. If they are low on health when you do this, it can potentially kill the player if they complete a quick minigame as Briar attacks on her own. Overall, this is a deep action system that any fan of the genre can appreciate as it brings new ideas to the table. There’s just one problem: Soulstice has one of the worst cameras I’ve experienced in years.

Anytime close-quarters combat takes place near a wall in a fight where players can control the camera, Soulstice’s camera has a fit. And as Ilden is a city with many gigantic walls, one can see how that becomes quite a problem. The camera will get stuck and not point in the proper direction, so it becomes difficult to see who or where you are attacking. The lock-on system is also pitiful, as it causes the camera to spin wildly around if an enemy is knocked back or if one is killed and the lock-on camera moves to a new foe. These camera issues exponentially increase the difficulty of some encounters, namely ones against an enemy type that’s best attacked from behind and spawns other enemies that try to revive it upon its death.

Whether it’s due to a lack of experience in the genre or just something the developers weren’t able to address before launch, these camera issues do hold the game back and prevent me from recommending it to anyone. If you’re an action game fan who has learned to deal with bad cameras before though, this is otherwise a creative take on a classic action game subgenre.

In an era where copying the Soulslike formula is all the rage, it’s nice to play something that harkens back to the type of action game that used to be more popular. Bayonetta 3 will probably eat this game’s lunch in a month if it has a bit more depth and AAA polish, but until then, Soulstice provides a worthwhile alternative with a lot of creativity and passion on display that punches above its weight.

While it’s not amazing, I’m glad the AA scene is healthy enough that we’re getting games like Soulstice. It has a unique vision for a game and executes upon it wholeheartedly. It’s willing to take risks and put a Western spin on a predominantly Japanese-made subgenre. And although the camera issues do hold Soulstice back from standing toe-to-toe with genre greats, fans of 2000s action game classics will appreciate a confident game that recaptures their spirits.

Amazon Kindle Scribe review: Why I love this weird Kindle