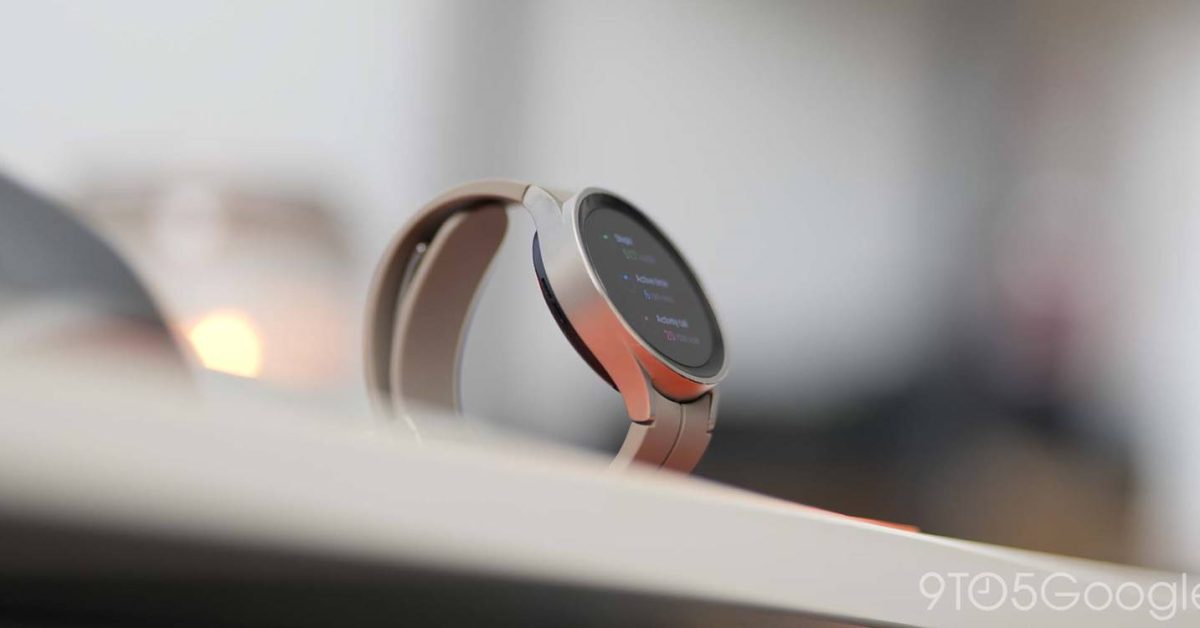 The Galaxy Watch 5 and 5 Pro – What’s the difference?

Unveiled at Galaxy Unpacked 2022, the Galaxy Watch 5 and Watch 5 Pro improve on its Wear OS 3 predecessor with a few key upgrades. Since the release, we’ve had the chance to run these watches through their paces and really get a feel for the improvements made. What we found has become a compelling case made for upgrading to the Watch 5 series.

The Galaxy Watch 5 and 5 Pro both run a few of the same features, including a brand new sapphire crystal display, Samsung’s improved BioActive Sensor, and an Exynos W920 chipset with 1.5 GB RAM.

Along with that, the Galaxy Watch 5 40mm has a 284 mAh battery, while the 44mm variant carries a 410 mAh pack. Both of these are substantial upgrades over last year’s model, giving the user a few extra hours in the day. The Galaxy Watch 5 Pro, on the other hand, packs a whopping 590 Mah battery, which packs an absolute punch in battery life. Samsung estimates around 80 hours of battery life, and our own testing doesn’t suggest much different. In effect, that’s over three straight days of power.

Besides the battery, the only other differentiating factor here is physical build. The Galaxy Watch 5 Pro is a little thicker, sporting a titanium casing that’s meant to take some of the toughest beatings. The 40mm and 44mm Galaxy Watch 5 devices are held in an “Armor Aluminum” casing, which will protect them but isn’t nearly as tough as titanium. That shell comes in several gorgeous colorways, while the Pro is available in grey and black.

When you take away the battery and physical look, these watches are essentially the same. They have the same chip, RAM, and display tucked inside their individual shells.

How does it compare to the Galaxy Watch 4?

As for the Galaxy Watch 4, it might be a year old, but the series is still holding strong. It offers a better package than some brand-new releases we see hitting the shelves today. The Galaxy Watch 4 series was the first to come out of the box with Wear OS 3, which is the same OS used on the Galaxy Watch 5.

Where Galaxy Watch 4 hardware is concerned, the watch has a lot going for it. The watch series incorporated Samsung’s – now one-year-old – BioActive Sensor. The then-new sensor did a fine job of collecting important fitness data, all within a small package. Unfortunately, that small package meant a small battery.

The Watch 4 came with a 247 mAh battery in the 40mm casing, while the 44mm size carried a 361 mAh pack. This was the same setup in the small and large Watch 4 Classic variants, respectively. In total, Samsung claimed you could get around 40 hours of battery life, though it felt closer to 24 hours at best.

Besides the battery, the Galaxy Watch 4 carried a lot of the same specs we deem worthy in a wearable now. That includes an Exynos W920 chipset, 1.5 GB RAM, and 16GB of storage.

Is it worth the upgrade?

It’s extremely difficult not to see the similarities between the two generations of Galaxy Watch, especially on paper. In almost every single aspect, these two sets of wearables are almost the exact same watch. To reiterate, they have the same SoC, an identical amount of RAM, and they both run Wear OS 3.

If you own a Galaxy Watch 4, it can be a tempting precedent, especially when considering the few improvements. The Galaxy Watch 5 has a new iteration of Samsung’s BioActive Sensor, which improves its ability to accurately detect vitals, including heart rate and blood oxygen levels. Unfortunately, though, anyone left without a Samsung Galaxy device doesn’t get to use the core blood pressure – unavailable in the US across the board – and ECG monitoring. These features are locked to Galaxy devices only.

While we didn’t find the Galaxy Watch 4’s health tracking bad in any way, there were definitely areas where we wanted to see improvement. The new BioActive Sensor is supposed to bring that improvement and give us a better look at health stats, though it’s hard to tell in practice whether or not these improvements have changed tracking accuracy.

Another improvement is battery life. On paper, the Galaxy Watch 5 is supposed to get around 10 extra hours of battery power over the Galaxy Watch 4. In theory, this should be enough to get you through a day and a night so that you can track your daily activity as well as your sleep. In reality, the improvement in battery life seems to be minimal when looking at the big picture.

Yes, you can get sleep tracking done with a full day’s worth of battery life. Unfortunately, the device still needs to charge shortly after waking up, leaving you in an awkward cycle of needing to charge the watch while you get ready for the day or before bed. Either way, those few extra hours might not do enough to completely change how you wear the watch, and they won’t give you an extra day of wear.

In our review of the Watch 5, it was noted how the Watch 5 found itself in a battle against Ben Schoon’s car and won. The “Aluminum Armor” and sapphire display play a part in making the Watch 5 exceedingly durable, something the Watch 4 didn’t have trouble with, though it gives a little more peace of mind.

The Watch 5 Pro, on the other hand, rocks a titanium shell. Titanium is known for being similar to stainless steel in strength while weighing much less, due to its porous nature. This provides a hard and light exterior that gives you a little confidence when wearing.

As far as looks go, that sandblasted titanium along with exposed chamfer gives it an absolutely fantastic look. In our opinion, the Watch 5 Pro looks much better than the Watch4 Classic ever did, even without the rotating bezel. As for the Watch 5, the recipe hasn’t changed. Those design cues are still there, though it’s a timeless look.

Galaxy Watch 3 and before

Given that the Galaxy Watch 3 is an older watch, it’s an easier decision to make. The Galaxy Watch 5 gains significant improvements over the Watch 3 with much better sensors, a Super AMOLED display under sapphire crystal, and an impressive improvement in battery life. Given the trade-in value Samsung is giving for the Galaxy Watch 3 during the pre-order phase – a whopping $190 – an upgrade to the Watch 5 or Watch 5 Pro is much easier to recommend.

Anything prior to that is going to be an even better upgrade. The Watch 5 and Exynos W920 do a great job of handling tasks. Not to mention, the Watch 4 and Watch 5 come with Wear OS 3 right out of the box. The newest Wear OS is an upgrade by itself.

What it all boils down to is cost. The Galaxy Watch 5 surprised us all with its minimally-changed final price starting at $279, even with the upgraded sapphire crystal display. The Galaxy Watch 4 started at around $249 back in 2021 and went up in price when considering LTE models as well as the Classic edition with a rotating bezel.

If you’re looking at the Galaxy Watch 5 Pro, you’re going to have to pay upward of $449 and even more for the LTE version. That’s a pretty steep jump, although it does come with a better material casing and a huge battery for extended use.

If you’re happy with the Galaxy Watch 4 or are looking to get a Samsung wearable, it might be best to either hang in there or grab a Galaxy Watch 4 at a better value now that they’re “obsolete.” The Galaxy Watch 4 is a fine device that might have a few woes in the battery department, though, the Galaxy Watch 5 might not be the answer to much better battery life. In every other aspect, the Watch 5 is just a clone of the Watch 4 with a few key improvements to health tracking and slight battery upgrades.

As far as upgrading to the Galaxy Watch 5 Pro, that prospect is a little more clear-cut. The Watch 5 Pro offers phenomenal improvements on battery life on top of everything the base model brings to the table. Where there seems to be a blurred line between the Watch 4 and Watch 5, the Watch 5 Pro is much more of an upgrade. Though the price jump is nothing the shrug at, you’re getting a lot more watch – both in feature set and physical build.

Trading in a Watch 4 or Watch 3 will bring the price down on the Pro, which makes it an even sweeter deal for the time being.

More on the Galaxy Watch 5:

x epos If you are a player – or only occasionally visit the Cheapskate sites – you know that without a doubt Epic games gives away one or more free games every week. This week you can Get For the King, which regularly costs $ 20, for free. For the King is a tactical RPG…

x Several emergency services in Canada use What3words’ digital location to help people determine where they are when they are lost or injured. On the company’s app or website, you can find a three-word label for each 10-foot square on the planet. What3words Have you broken your ankle anywhere in Manitoba’s wild wilderness? Did you… 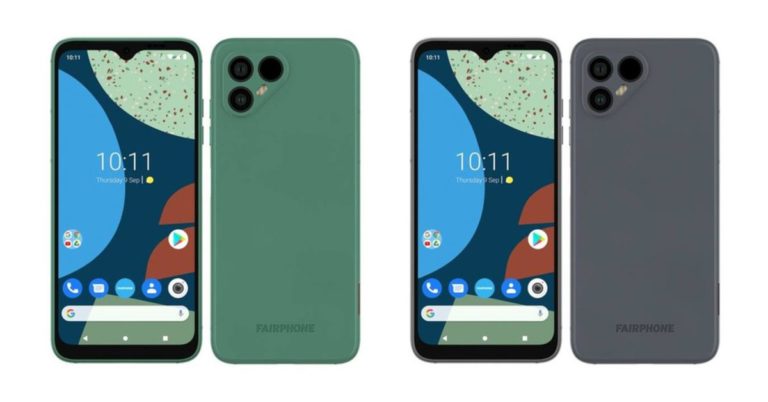 Sustainable smartphones are few and far between, but after discontinuing the Fairphone 3, a new leak is giving us a glimpse at the follow-up Fairphone 4 in renders with some of the proposed specifications. Making a smartphone sustainable is bound to be tough, especially when the pricing has to reflect that. This leads to lower-quality…

x This is a GIF from a 3D photo taken with the LucidPix app. The movement shows how the perspective changes when you move your phone. LucidPix After months of beta testing, the 3D photo app LucidPix is ​​now available to iOS and Android users. Whether you have a newer phone like that iPhone 11…

x The latest game from Apple Arcade is Neversong. Apple This story is part of CNET’s coverage of Apple Arcade, including exclusive first glimpses, we received some of the service’s best-known new games. On Friday, Apple Arcade added one of its most intense games to date to its growing catalog of over 100 games. Neversong,…