In 2020, Samsung made it clear that it was planning to release the “Fan Editions” of its flagship smartphone lines. This statement was made after the overwhelmingly positive response to the Samsung Galaxy S20 FE.

With this in mind, we expected a Samsung Galaxy S21 FE for a long time. However, Samsung has yet to officially state that one is on the way. This lack of approval makes a reference to a Galaxy S21 FE on Samsung’s Mexican website all the more strange.

As first discovered by Galaxy ClubThe reference to the unreleased phone appeared in a drop-down menu as an advertisement. The picture shows two Galaxy S21 phones with text underneath referring to the Fan Edition model. See for yourself below: 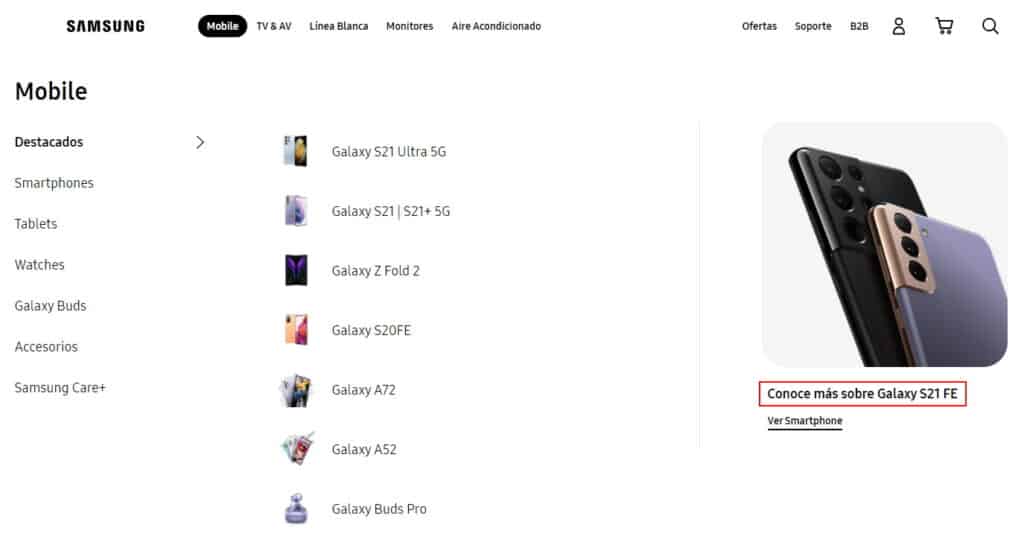 Now it is entirely possible that this was just a typo. For what it’s worth, we tried updating the site several times to see the erroneous text for ourselves, but it never showed up.

However, it is also possible that Samsung was simply preparing to launch the device and someone from the site staff jumped the gun. We have seen it many times.

In addition, we are almost certain that the Samsung Galaxy S21 FE is on the go. We leaked renders and even a leaked release date. Unless the ongoing COVID-19 pandemic causes problems, it is certain that a Fan Edition of the latest Samsung version will be available soon.