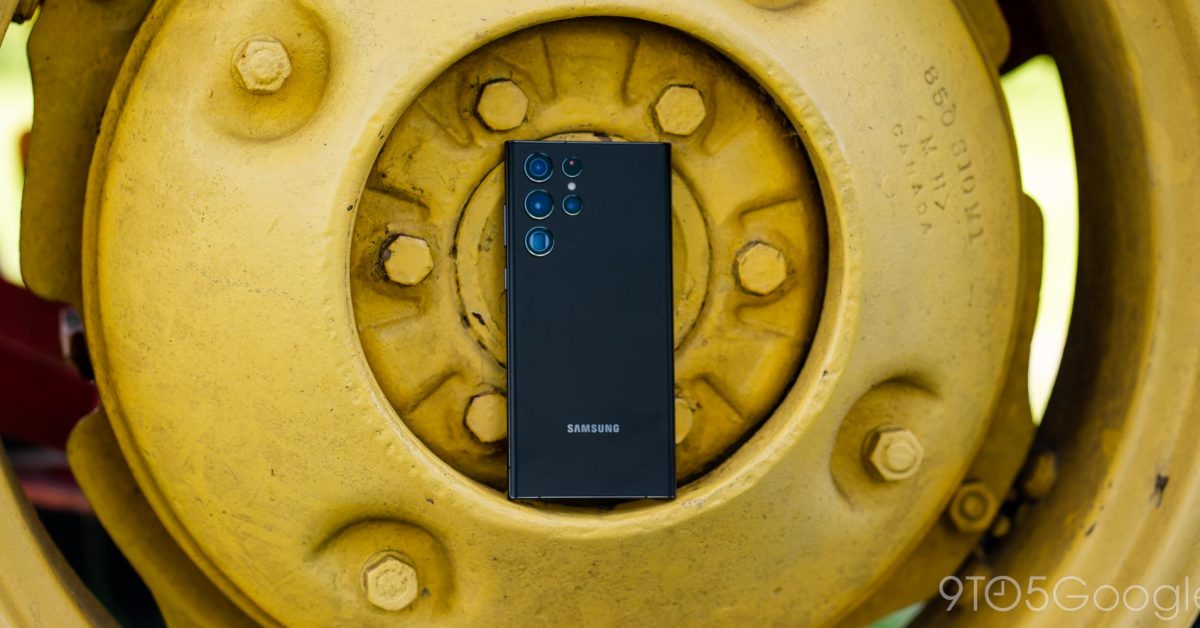 Samsung has made great strides over the past few years with its update cadence throughout the entire device lineup. With that in mind, here’s every smartphone and tablet that Samsung has updated with the August 2022 security patch.

Almost all security updates include a number of important security fixes, most of these include general Android tweaks, but there are some that are specific to Samsung devices. The Korean firm has released full details in their regular Security Update Bulletin with a number of Critical and High issues resolved.

The August 2022 security update for Samsung Galaxy devices includes a number of resolutions including fixes for the leaking of MAC addresses when connected to Bluetooth or NFC devices, patching a Knox VPN vulnerability, and resolved an issue where apps could manipulate mobile data when connected to Wi-Fi, plus much more. All-in-all, some 31 vulnerabilities have been patched this time around with Google providing a number of fixes too.

The patch notes from the actual OTA file some owners are seeing notes that several Galaxy apps have also been updated for selected handsets with Samsung Health, Samsung Members, and Smart Switch all receiving tweaks.

As noted, Samsung has truly stepped up their game with regard to updates in recent years. In fact, Samsung even pushed the August 2022 security update out to devices as early as July 28. This will no doubt expand to a wide array of handsets over the coming days and weeks as more OTA updates arrive on the plethora of Samsung Galaxy phones and tablets across the globe.

This list will include a note on where the update first debuted and if it is also available in the United States. As usual, the latest additions will be marked in bold.

As the flagbearer of Samsung’s smartphone efforts, it should come as no surprise that the Galaxy S series is at the very forefront of the update schedule each and every month. The latest Galaxy S series devices are often among the very first on Android to get the latest security patch.

That has proven true with the August 2022 security update, as the Samsung Galaxy S22 series saw the patch in selected regions from July 28. This patch weighed in at around 420MB and includes some tweaks to the PenUP application alongside some core Samsung apps including the Galaxy Wearable application. What’s more impressive is that the Galaxy S21 and S20 series were updated merely hours after in European markets too.

Because of the differences in processor usage between global and North American regions, Snapdragon-powered Galaxy devices often get updates afterwards. Those of you in the United States and with carrier-locked units can now get the August patch for your Galaxy S21 on Sprint and T-Mobile.

Although part of the S20 series, the Galaxy S20 FE released later in 2020. That means it is often updated slightly later than the more “premium” regular Galaxy S20 series. However, updates keep flowing and the S20 FE is now seeing the latest patch in Europe.

Galaxy S10 series handsets have started to get updated in a number of European regions including Germany, Greece, Luxembourg, Poland, Switzerland, and the Nordics with the patch coming in the final year of support from Samsung.

The recent release of the Galaxy S22 Ultra essentially puts the final nail in the Galaxy Note series coffin. Even despite the lack of new hardware since 2020, Samsung continues to push updates to any existing and supported Note handsets.

Carrier-locked versions of the Samsung Galaxy Note 20 are starting to see the August security according to SamMobile. This includes the unlocked Note 20 and Note 20 Ultra plus those on carrier networks including AT&T, Comcast, Sprint, T-Mobile, Verizon, and Xfinity Mobile.

Android 12 and One UI 4.0 represents the final update for the Galaxy Note 10 and Note 10+ and as part of Samsung’s four year support commitment, the duo will still get regular monthly patches until late-2023. The August 2022 security update is now rolling out to the penultimate Note series handsets in Europe and began rolling out for carrier-locked Note 10 series units in the United States from August 17. However, this rollout is currently limited to Verizon-locked and Xfinity-locked Note 10, Note 10+, and Note 10 5G handsets.

Arguably the leading light in the Samsung Galaxy lineup, the Galaxy Fold or Z Fold series has grown tremendously over the past few years. While the Fold 4 has usurped the 2021 foldable, the Galaxy Z Fold 3 was the first in the lineup to get the August 2022 security update. A US rollout has now started with Verizon locked units being the first in the region to grab the patch.

While Samsung was busy releasing the Z Fold 4, the original Fold or the re-released initial version was getting the very latest security patch. It has already been spotted rolling out for handsets in France with a wider expansion expected in the coming days.

The second-generation Galaxy Z Fold 2 is starting to get the latest August patch in the US with a number of carrier-locked foldables simultaneously receiving the patch. It has already began rolling out to all major carriers in the region including AT&T, Verizon, T-Mobile, and more.

The Galaxy Flip series is arguably third in the Samsung smartphone rankings behind the Fold and S lines. We’re expecting to learn more about the fourth generation in the coming weeks but until then, those with the original Samsung Galaxy Flip 5G are being updated with the August 2022 security patch. Devices in Switzerland are among the first to get the OTA update, with more expected over the coming days.

Like the Fold 3, at least until the Z Flip 4 is unveiled, the Galaxy Z Flip 3 is the current flagship within its own arena. That means it’s among the first wave of device to get updated, with the August patch beginning to rollout to those in Europe with the flippable smartphone. The US rollout is less pronounced but carrier-locked Verizon devices can now grab the latest OTA.

The first-generation Z Flip sans 5G connectivity is also being updated in a number of Asian and Middle Eastern regions including Egypt, India, Pakistan, and more. The rollout has also started in Europe with Italian Flip owners being able to pull the August patch too.

Among Samsung’s lineups, A series represents the entry-level for most people. Many Galaxy A series devices include a number of features often associated with the flagship tiers, which belies the price-tags. The Galaxy A73 represents the “flagship” within the lineup and as such, is starting to get the latest August patch in selected Asian regions including Malaysia, Thailand, and the Philippines.

The Galaxy A33 was released alongside the A73 series but is available in more markets as one of the best entry-level models from Samsung. With a 5-year update promise, it’s a great long-term budget option. Owners in Vietnam, Hong Kong, and South Korea are starting to see the August patch on the Galaxy A33. We expect this rollout to expand very soon to more regions including Europe and North America.

At present, the most entry-level Galaxy device to receive the August 2022 patch is the A23. This is a true budget phone in almost every regard, but the latest OTA update has begun to rollout in Russia, with a further expansion expected over the coming days. More Galaxy A-series devices have been updated in Russia, this time it’s the turn of the Galaxy A52 and A53. Both Samsung handsets are now starting to see the August patch in Russia regions. Those with the Galaxy A53 in the United States can also get their device updated on any and all carriers including AT&T, T-Mobile, Verizon, and more.

The Galaxy A42 5G has been updated in vast swathes of Europe including Bulgaria, France, Luxembourg, Poland, Slovakia, Slovenia, Switzerland, the Baltic and Nordic regions. That’s not all as the August 2022 security update is rolling out for Galaxy A42 units in Australia and certain Asian nations including the Philippines, Malaysia, Singapore, and Thailand.

You would expect the super cheap Galaxy A02s to gain few updates if any. However, the August patch is now rolling out for the affordable Android starting first with carrier locked handsets in the United States. The patch is rolling out for Verizon subscribers but we expect a further expansion very soon.

How to check for the latest OTA on your Galaxy device

If your device is slated to have been updated already, but the patch hasn’t arrived for you personally, you can try updating manually. Simply open the Settings app, tap “Software update,” and choose “Download and install.”

This article was first published on July 28 and most recently updated on August 25.

x Facebook was criticized for failing to take action against Trump posts that employees said could cause violence. Angela Lang / CNET Facebook fired an employee who protested the social network’s hands-off approach to President Donald Trump’s controversial posts after publicly tweeting another employee’s “inaction”. Brandon Dail, who worked as an engineer at Facebook in…

x Josh Miller Dead zones. Every house has at least one. In fact, the Wi-Fi signal doesn’t reach the edges of my humble 1,500-square-foot apartment, and I do it on purpose Place the router in the central room to give him the best chance of success. These days the remedy is one Mesh network Several…

x A new level of Elon Musk love. Salina Gomez / Screenshot by Shelby Brown / CNET Elon Musk’s Twitter feed is rarely boring. To be fair, the SpaceX CEO warned us a long time ago that he was “always crazy about Twitter”. Followers scratched their heads at tweets ranging from “door hinge” to philosophical…

x KeySmart One of my goals in life is to avoid carrying keys in my pockets. therefore there is one August Smart Lock at my front door. However, some keys are inevitable, which is why I have a KeySmart with me that organizes my keys elegantly and never digs a hole in my pocket. However,… 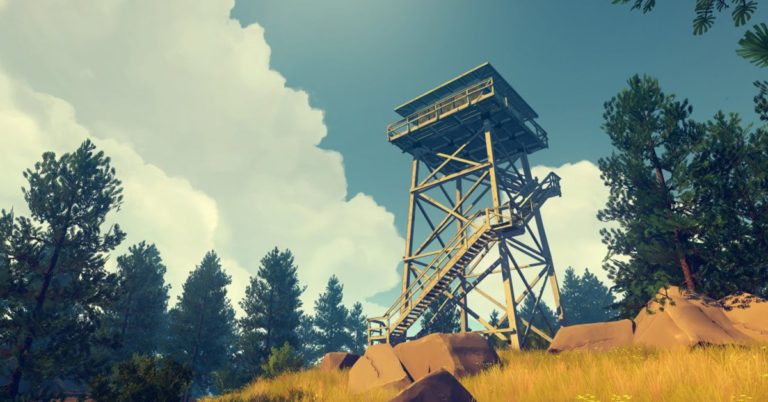 Playing games on the go is the biggest bonus of cloud gaming platforms like NVIDIA GeForce NOW but not all games need to be action-packed triple-A titles — narrative-driven games are a prime example. x Taking the mantle from point-and-click games of the 80s and 90s, advanced narrative-driven games like Firewatch, The Awesome Adventures of…

The Nintendo Switch is a great plug and play console, but the right accessories, including screen protectors, Controls, Handles and docks can make it an even better experience. This list summarizes some of the best accessories you can buy Nintendo Switch Console, make your Switch games More fun at home and on the go. Super…