The COVID-19 pandemic has hit phone sales hard, but there are indications of a turnaround … at least for India. Both Canalys and Counterpoint found that smartphone shipments in India fell slightly overall in 2020, but picked up in the second half of the year as key companies claimed market share.

The two groups of analysts recorded particularly strong double-digit growth in the last quarter of the year. Counterpoint estimated shipments to increase 19%, while Canalys suggested a more conservative 13% increase. According to Counterpoint, post-lockdown spikes, content consumption and distance learning have fueled demand. It also helped that the Diwali festival in mid-November led to a surge in phone purchases through October. 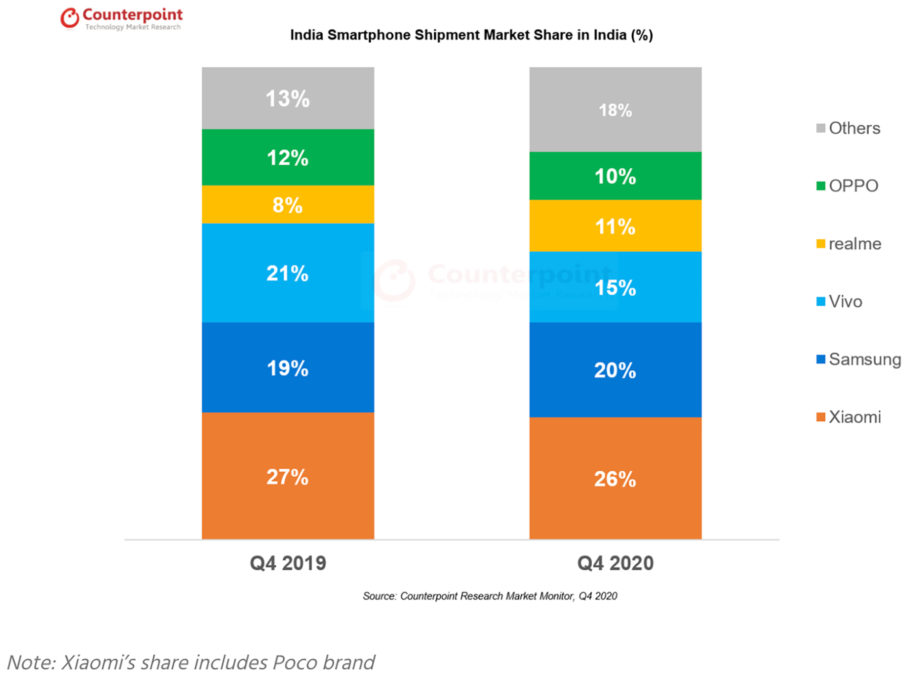 However, some companies fared better than others. Realme was the big winner in India, rising to 13% market share for all of 2020 – up 24% from 2019. Other Chinese brands didn’t do quite as well, but it was obvious that India’s dispute with China wasn’t harmed at least some phone manufacturers.

Apple also had a banner in the fourth quarter thanks to the launch of the iPhone 12, Counterpoint said, with its “best” India shipments of all time, or 1.5 million. OnePlus also saw a doubling in deliveries during this period thanks to the north line.

Some of the biggest names saw their Indian market share stall. Xiaomi and its Poco emblem stayed at the top at over 26% of the market, but lost a small share in both the fourth quarter of 2020 and the year as a whole. And Samsung, despite its big push for the Galaxy A and M series, didn’t move much beyond 20% in 2020.

Researchers were optimistic about the outlook for 2021. Unsurprisingly, hopes of a recovery from the pandemic were at the fore, but the Indian market has also grown thanks to the adoption of 5G and the rise of domestic brands like Micromax and Jio. Whether or not the rest of the world follows is a different story – they have to think about their own recoveries, and companies like Realme don’t have that much sway in many parts of the world.