Realme is now ahead of former parent Oppo in India

Realme was originally a brand owned by Oppo announcement It was an independent company and has recently grown closer to its stable mates. Regardless of its ties to Oppo and the BBK conglomerate, the company has seen strong growth in recent years, particularly in India.

This suggests that Realme’s value-driven strategy is generating huge dividends in the price-sensitive Indian market. The company has launched bang-for-buck devices such as the Realme 7 and 8 series, the Narzo series, the C series and the X series. 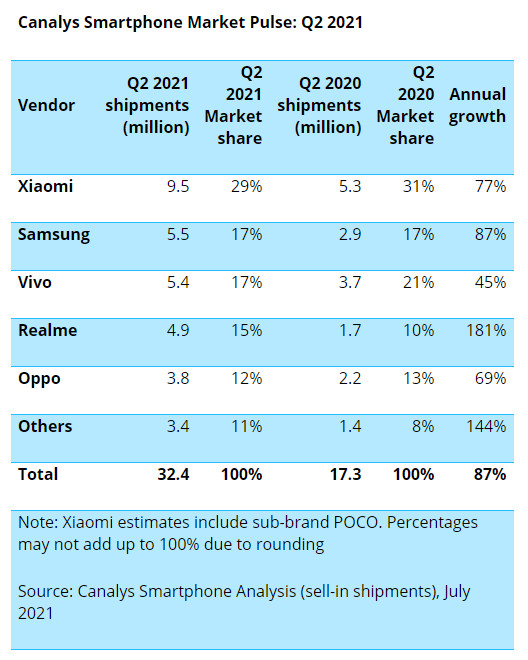 Looking at the Indian market as a whole for the quarter, Canalys found smartphone shipments increased 87% year over year but declined 13% year over year. The first number is due to a two-month shutdown a year ago, while the quarterly decline is due to the second wave of COVID-19 in the region.

Canalys research analyst Jash Shah said companies that were making a splash in the online space made big numbers this quarter.

“Xiaomi has actually increased its online business despite the overall sequential decline, mainly thanks to the Redmi Note 10 series,” explained Shah. “Realme also saw some online momentum, particularly with its Narzo 30 series, as it took advantage of price cuts on ‘branded days’ to overtake Oppo.”