The biggest event in the PlayStation world in 2020 was the long-awaited arrival of the PS5. Trying to find a supply of the thing still proves to be a frustrating exercise for many, but the lucky few with Sony’s newest console are already enjoying the spoils of next-gen gaming.

It wasn’t just shiny new hardware, however. PlayStation fans have had a pretty stacked year with tons of well-received games. Even if only PS5 exclusives like the phenomenal Demon’s Souls remake were discounted, PS4 players could enjoy titles like The Last of Us Part 2, Final Fantasy 7 Remake, Persona 5 Royal and Ghost of Tsushima.

The biggest highlight was undoubtedly the debut of the PlayStation 5 with its innovative DualSense controller, lightning-fast loading times and impressive raw performance. However, it is far from being work for Sony. There is a lot of room for improvement for the PlayStation brand.

Here’s what we’d like to see from PlayStation in 2021. And before we start, the biggest wish is more inventory. Sort it out, Sony! 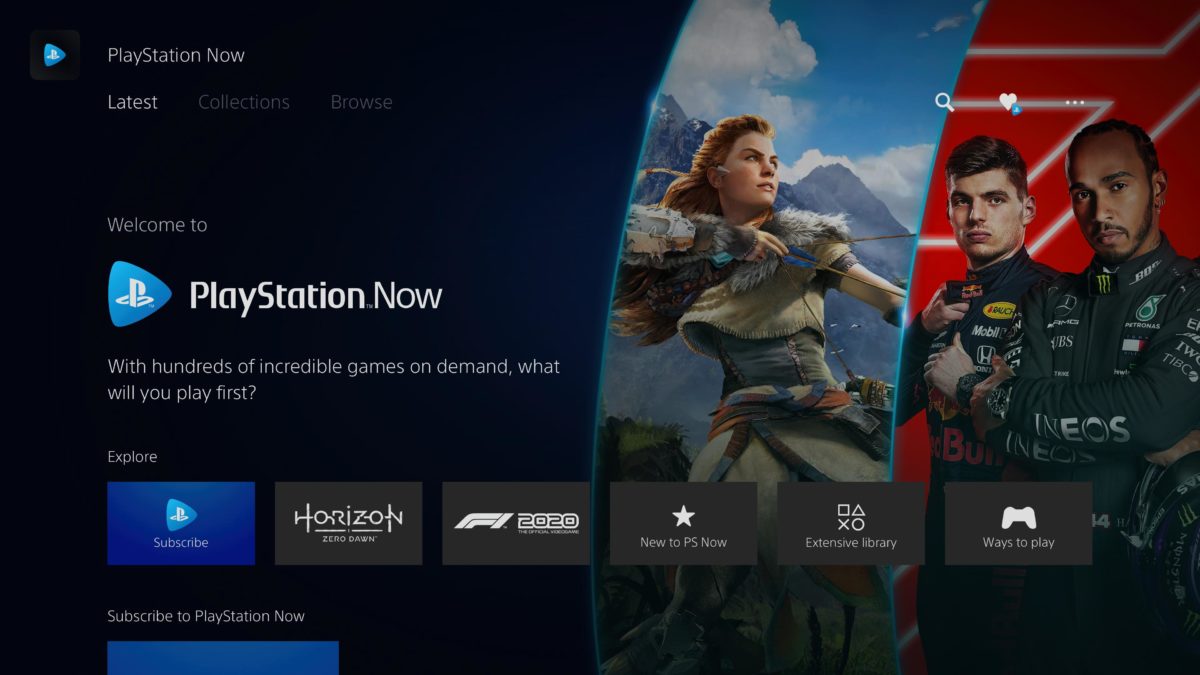 The PlayStation vs. Xbox debate will rage forever. For ninth-gen consoles, one of the key features that differentiate one brand from another is their subscription ecosystem – and Microsoft is leading the way and Sony is limping behind.

There is no competition when you compare Xbox Game Pass to Sony’s competing service – PlayStation Now. In particular, the Xbox Game Pass Ultimate tier is currently the best offer for games.

For just under $ 15, you can get instant access to a Netflix-like library of hundreds of games. This includes first-day exclusives, an additional library to play on Windows PCs, Xbox Live Gold (typically $ 9.99 per month), cloud streaming on Android devices, free access to EA Play games, and more .

See also: PS5 vs Xbox Series X – Which Next Generation Game Console Should You Buy?

Compare this to the $ 9.99 PS Now. It has a decent library of games from the PS2, PS3, and PS4 eras that can be streamed to your console or Windows PC via the cloud. You can also download PS4 and PS2 games directly to your PS4 or PS5. While that sounds great on paper, the variety of games on offer pales in comparison to Game Pass, and you have to wait months, if not years, for newly released titles to hit the service. You’ll also need to purchase PS Plus separately to play online.

The PS Plus PS5-only collection paid lip service to the gap between Sony’s subscriptions and those on Xbox platforms, but it’s PS Now that desperately needs a makeover. New PS5 exclusive releases on PS Now would be a perfect starting point. Whatever the first step, Sony must do something in 2021 to compete in the fast-growing game subscription market. 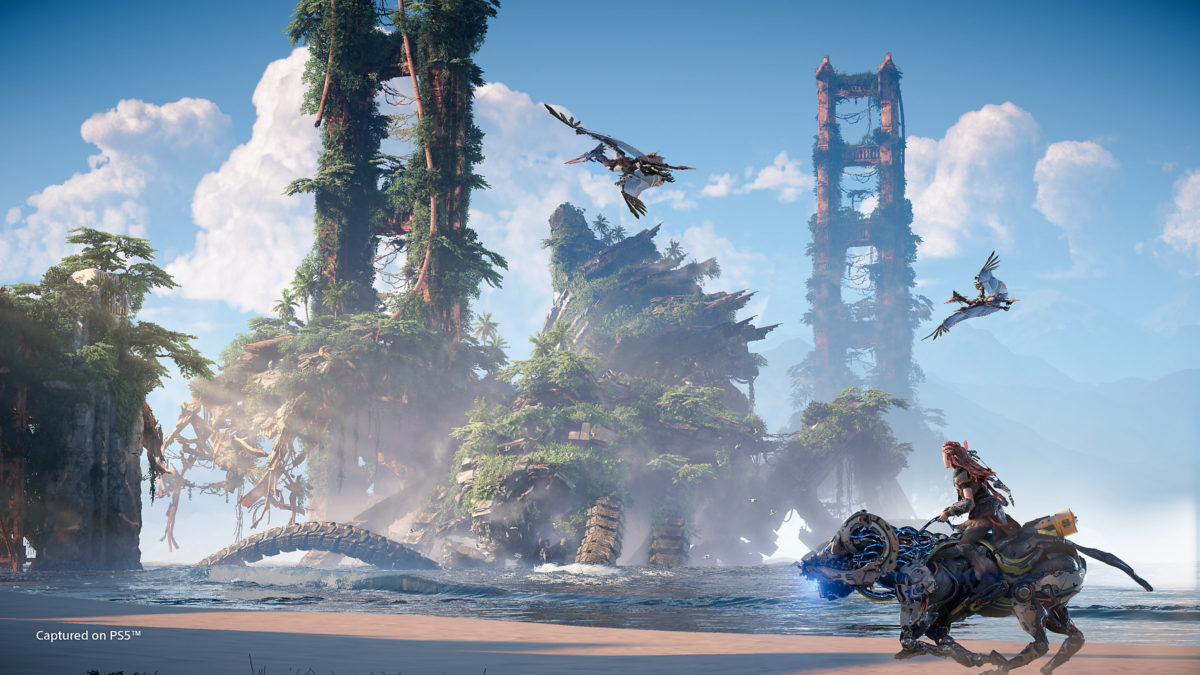 The game release calendar for the PS5 (and in some cases for the PS4 as well) looks already stacked for 2021. These include exclusive consoles like Horizon Forbidden West, Gran Turismo 7, Ratchet & Clank: Rift Apart, and possibly a sequel to God from the 2018 war.

These are all highly anticipated games, but they all have one thing in common: They are sequels. A new generation is a great time for fresh ideas and new franchises. In the PS4 era, guerrilla games have gone from endless mediocre killzone titles to the open world hit Horizon Zero Dawn.

New generations of consoles are the perfect time to start new franchises.

The biggest exclusive new IP so far is the return of the stupidly talented folks at Housemarque, but we hope to see more. One of the greatest gems in Sony’s collection of first-party studios is Naughty Dog. However, the Uncharted developer hasn’t rolled out a brand new IP since The Last of Us on the PS3 in 2013.

Even if we don’t really hear about new series this year, we keep our fingers crossed that the next generation of blockbusters will get the green light behind the scenes in 2021. 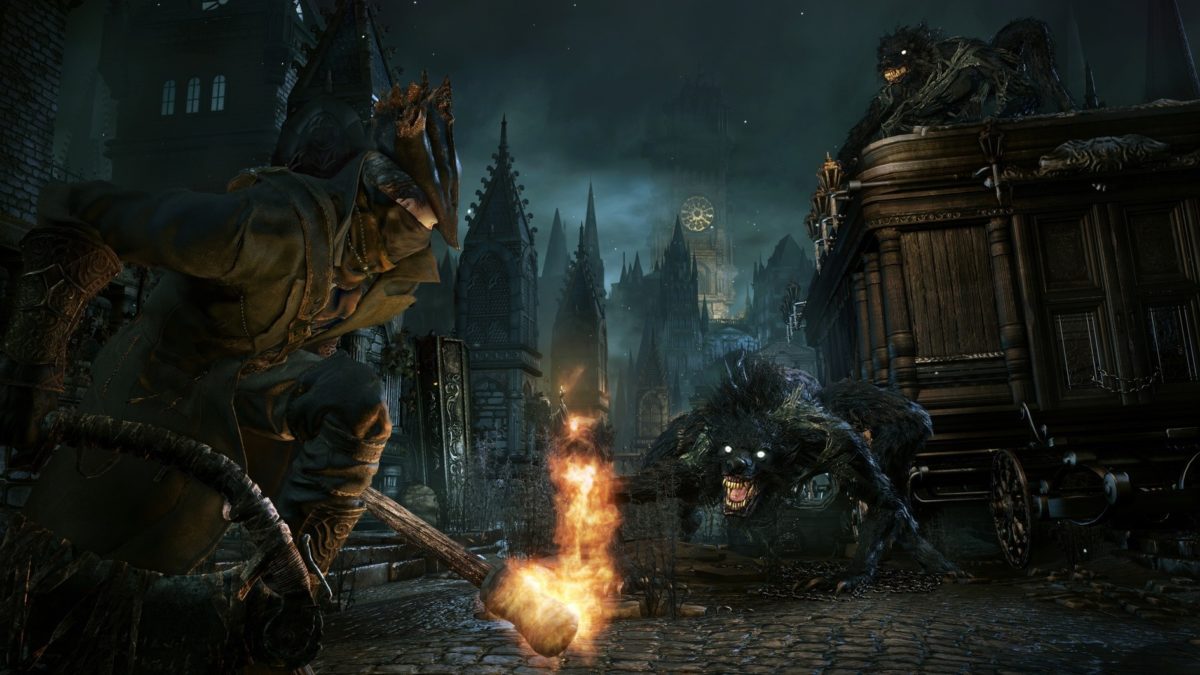 Microsoft rocked the gaming industry with last year’s shock announcement that it would buy Bethesda Softworks and with it the entire ZeniMax family. The Xbox brand had begun compiling an all-star roster of studios back in its ninth generation, but the addition of the Fallout and Elder Scrolls teams (as well as Arkane Studios and id Software) solidified Xbox Game Studios as an incredibly impressive one Publishing department.

Sony’s own collection of first-time developers has proven to be a pedigree, but adding another to the mix would serve as a strong statement of intent.

Also read: PS5 vs PS5 Digital Edition – Which Console Is Better For You?

Of course we are not comparing apples with apples here. Microsoft’s financial clout far outweighs Sony’s. So I don’t know if to buy Activision Blizzard. That will not happen.

Instead, we want Sony to build on its strengths and attract indie talent who could thrive under its watch with a bigger budget and less financial pressure. Alternatively, it could instead take advantage of its other major advantage over Xbox and invest in the Japanese development scene. Maybe FromSoftware is open to offers? 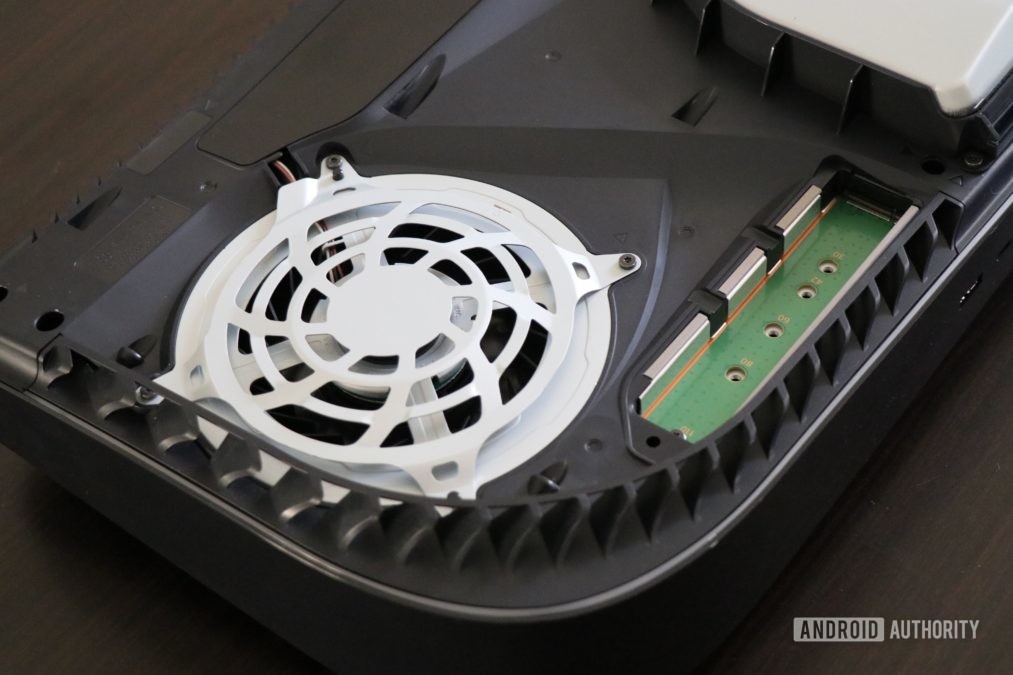 It is really easy. The PS5 is an impressively special machine, but if it has a major pain point, it’s storage capacity.

The PS5’s SSD is an integral part of the PlayStation 5 experience as it enables lightning-fast load times. However, SSDs are also expensive. To keep the price down, Sony has limited the size of its custom SSD to just 825GB, with only 667GB actually usable after setup.

Connected: Finally a new PS5? Here are 7 things you should do first

For some games that skyrocket to well over 100GB, those 667GB don’t last long for gamers who want to keep a few titles in constant rotation. A new model with more storage would be great, but that’s something for a long-term wish-list. Instead, we really want Sony to introduce some compatible memory expansion options.

The PS5 technically supports M.2 sticks to add additional SSD storage. However, this is not currently supported. You can use an external SSD or HDD to store PS5 games or to play and store PS4 games, but all PS5-only titles must consume that 667GB to be playable. We hope that this whole situation will change very soon in 2021. 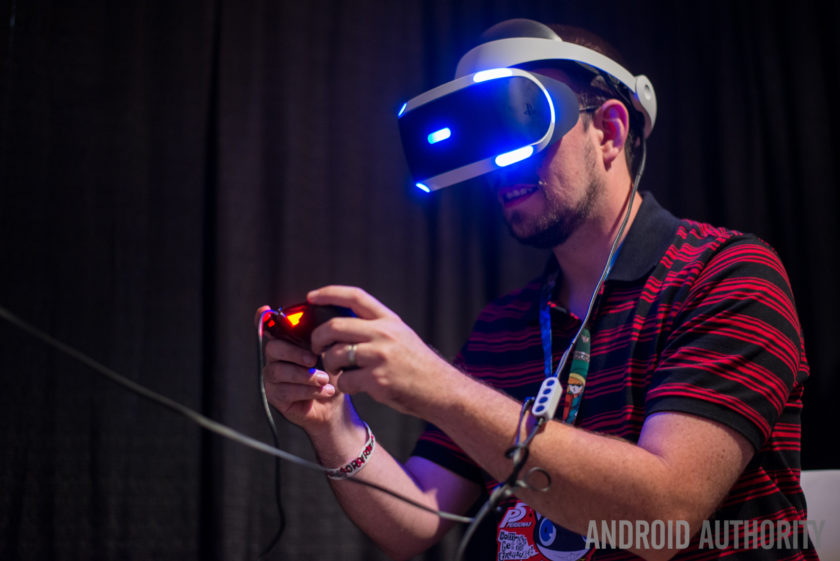 This is a long shot, but we can dream.

Virtual reality has niche appeal, but it’s also an area where Sony has a huge lead over Microsoft almost by default. That’s not to say the original PlayStation VR wasn’t great. Although the PSVR is technically compatible with the PS5, the support is far from elegant.

In order to play VR games on the PS5, you will not only need the headset, but also the PS4 camera (the PS5 camera is not compatible) and a free adapter that Sony can provide upon request.

The PSVR is technically compatible with PS5, but it does require new hardware.

That is far from ideal. The deeper problem, however, is that PSVR technology is simply out of date. The HMD itself is getting more and more boring in terms of VR specs, especially screen resolution. The similarly priced Oculus Quest 2 offers 1,920 x 1,832 pixels per eye, while the PSVR only has 1,080 x 960 pixels.

Tracking with motion controllers is even worse. The PSVR is compatible with the PS Move controllers. It’s amazing to say, but these are based on technologies that are now over a decade old and were originally released as peripherals for the PS3 to battle the Nintendo Wii back in 2010.

Simply put, if Sony is to keep up with VR, it will need new hardware. Imagine what an improved HMD with DualSense motion controls could look like. We hope for an announcement or even a joke in 2021.

You tell us: what would you like to see from PlayStation in 2021? 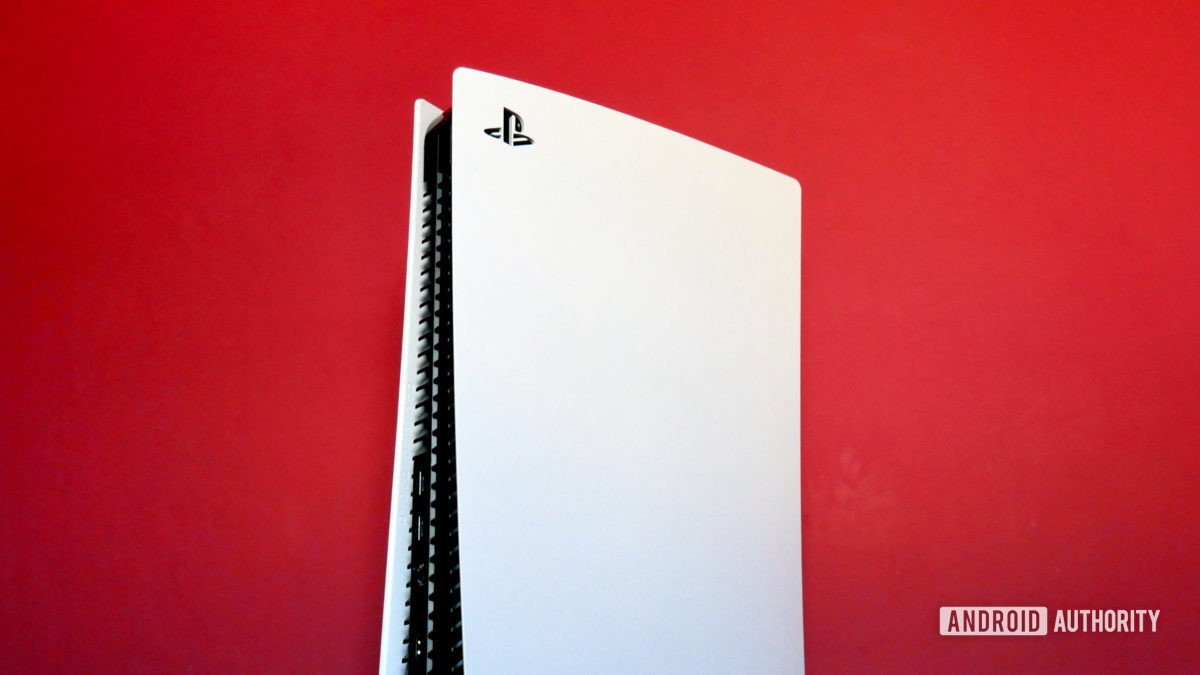 Do you agree with our list? Which entry in our wish list would you most like to make come true? Cast your vote in the poll below or let us know your hopes in the comments.