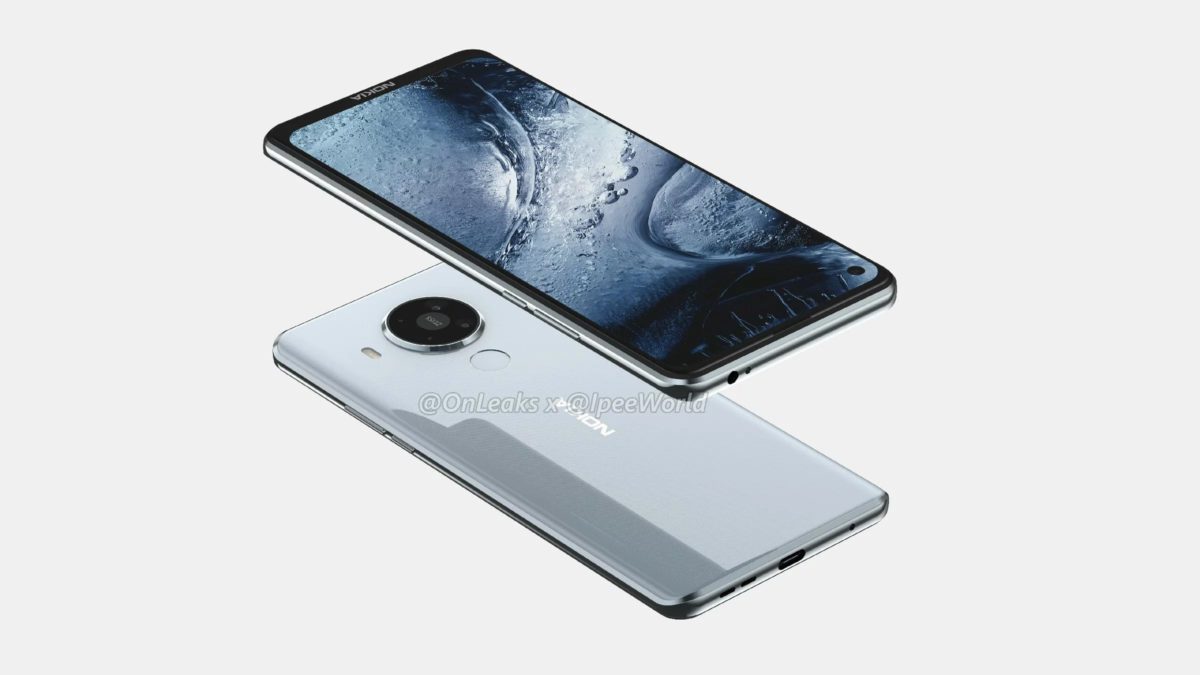 Nokia’s 2020 flagship could be delayed, but that hasn’t stopped the Finnish smartphone maker from launching other mainstream phones. The Nokia 8.3 with the Snapdragon 765G chipset only became official in the USA after a six-month delay. Now we hear that the Nokia 7.3 is also in preparation.

The upcoming Nokia Mid-Ranger has completely leaked thanks to Tipster OnLeaks and IPEEWorld. It has the same design as the Nokia 8.3, but instead runs on the Snapdragon 690 chipset. The Snapdragon 690 is a fairly new Qualcomm chip that offers 5G at a lower price than the Snapdragon 7 and 8 series 5G silicon. We haven’t seen any phones sporting the new chip, so the Nokia 7.3 could be the first to get it.

Elsewhere, the Nokia 7.3 has a 6.5-inch FHD + display with a hole on the left side of the screen. It also has four rear cameras in a round case, just like the Nokia 8.3. However, it replaces the 64MP main camera with a 48MP primary sensor. The dual flash module is to the left of the camera body and there is a 24 megapixel shooter up front.

A 4,000 mAh battery with 18 W charge provides power to the phone. It comes with a USB-C port and a 3.5mm headphone jack.

There is no word on the price or availability of the Nokia 7.3. However, it could appear alongside the rumored flagship Nokia 9.3 in the fourth quarter of this year. Given the delays HMD Global is facing this year, no one can imagine if the Nokia 7.3 will be available right after launch or like other Nokia phones will be delayed for 2020.