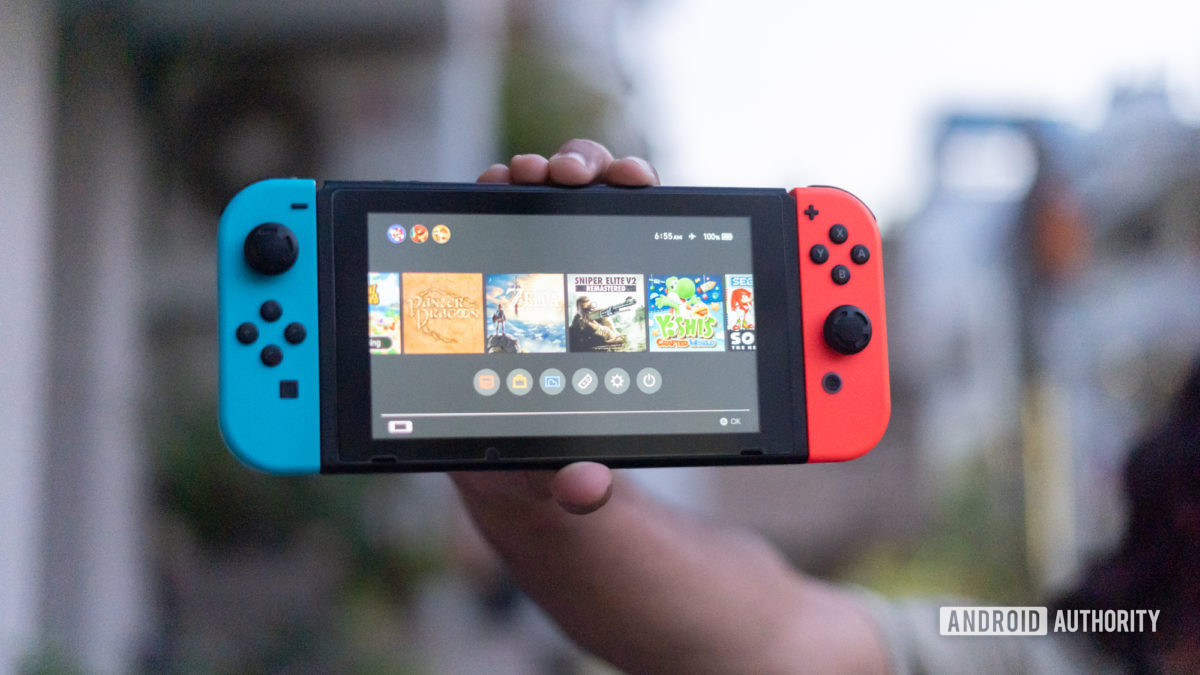 The next generation of consoles is here, but the Nintendo Switch continues to prevail. Whether due to limited supply, high prices or the lack of games on new consoles, the Switch remained the best-selling console throughout 2020 even with the introduction of the PlayStation 5 and Xbox Series X.

Even so, this new competition puts the Switch miserably behind its peers in the spec war in the console gaming space. The hardware was already significantly less powerful than the Xbox One and PS4 when it was released in 2017. With the most real next-gen titles in 2021, Nintendo needs to improve its game to stay on top.

That’s why we’ve put together this list of the content we’d like to see from Nintendo Switch in 2021. Scroll all the way down to vote for what you would like to see most (or enter your own suggestion).

It’s no secret that the switch isn’t getting enough power. It has a 720p display when most consoles are pushing 4K. It has a measly 32 GB of storage (25 GB usable). It runs at 1 teraflop of graphics performance compared to 10+ on next generation consoles. At this point, even flagship phones can get more fps in cross-platform titles like Fortnite.

The Nintendo Switch Lite has proven that the company is ready to tweak the current hardware while maintaining the same ecosystem. However, we would like to see more powerful hardware released in 2021. We previously put together a full wish list for Nintendo Switch Pro. You can read it below, but here’s a quick rundown of what we’d like to see.

Also read: Nintendo Switch Pro: What We Want To See In An Updated Switch Console

First of all, we want to see a 1080p screen. This shouldn’t be too big a question considering many phones push QHD + at 90 or 120 Hz. A few extra hardware items in the dock to enable 4K upscaling on TVs would also be a nice touch.

As for the internals, we’d like to see some improvements, but nothing that would compromise battery life. It won’t take much to outperform the Tegra X1 chip, which is more than half a decade old. Increasing it to up to 128GB or even 256GB of internal storage would also largely eliminate the need for SD card expansion. While we’re looking at hardware, we have to mention the current Joy-Cons. Despite the sophisticated concept, Nintendo’s split controller solution has been nothing but a problem since it was launched. The analog sticks drift, the connection often fails and the ergonomics leave a lot to be desired.

At this point, Joy-Cons’s unreliability led to multiple class action lawsuits against Nintendo. The company offers free repairs (in some regions) but has not yet found a permanent solution. Of course, you can buy a Nintendo Switch Pro controller or a third-party alternative, but the point is, you shouldn’t have to.

Also read: The best Nintendo Switch controllers for every budget

Given that Nintendo essentially printed money with the Switch, it’s time to bring out some updated Joy-Cons. Analog sticks are an easy solution, but other improvements would help as well. Things like improved battery life, better ergonomics, and an optimized design for larger hands would make it more than worthwhile to pick up a new pair.

Nintendo Switch Online is in a strange place. As with Xbox Live and PlayStation Plus, games like Mario Kart 8 and Animal Crossing: New Horizons must be played online. While it’s cheaper, it doesn’t offer nearly the same benefits as its counterparts. This includes the confusing omission of the private party chat support.

One of the other big problems is that there are no monthly free games. PlayStation Plus gives you two or three free modern games every month, while Xbox Games Gold’s Games with Gold scheme has a mix of modern and retro titles.

However, you can unlock a small collection of classic NES and SNES games while subscribing to Switch Online. I love Donkey Kong Country as much as I love the next millennium, but it would be nice to get a little more.

At least adding Nintendo 64 games to the service would make it more worthwhile. Or a larger collection of SNES and NES games. Almost a year and a half after the addition of SNES titles, there are currently fewer than 40 Super Nintendo games available.

Of all the items on our wishlist for Switch 2021, this is the easiest to get to. Streaming services have taken over the world of entertainment (more so now that everyone is at home). Even so, I can’t see most of them on my Nintendo Switch.

For some reason, YouTube and Hulu apps slipped onto the Switch, but other big hitters like Netflix and Prime Video are nowhere to be found. Likewise with Disney Plus, whose support Nintendo has previously promised.

Nintendo could even take things to the next level and add game streaming apps. Stadia has quietly improved over the past year, and Amazon Luna is expected to be released in 2021. The likelihood of this happening is close to zero, but a boy can dream.

Although the Nintendo Switch is far from being purely digital, the Nintendo eShop is a big part of the experience. Most indie games and minor titles are not available in physical form. Therefore, the eShop is the only way to buy many games that land on the platform.

And the experience is pretty terrible. Finding new or interesting games is a chore (unless you search for them online). In addition, all interesting offers are buried under a mountain of poor quality titles that abuse the discount system to appear higher on the list.

Curation is what the eShop really lacks. Even the Wii U did a better job, offering lists of all the games from a popular franchise like Zelda or Mario Bros. There are category pages all over the place with weird options like Breath of the Wild in the RPG category.

One way to help users find good games is to add user reviews. These are obviously controversial (and at times prone to brigade), but they were found on the Wii U. It would be useful to read some feedback from other players on whether a game is family friendly or aimed at a hardcore audience when considering a purchase.

Another function that we would like to see in the eShop is giving. Virtually every other platform allows you to buy games for other people. Keep up with the times, Nintendo. Games are the lifeblood of any console, and the Nintendo Switch already has a solid list. Even so, Nintendo needs to keep the new releases going as next-generation consoles threaten to take over the gaming narrative.

Fortunately, there are some great games in the pipeline. The sequel to Breath of the Wild is a title we’re excited to see. We can also see Metroid Prime 4, Bayonetta 3, and New Pokémon Snap landing in 2021.

The Switch has always been a one-of-a-kind proposition when it comes to gaming and we want Nintendo to continue to rely on it. Playing The Witcher 3 on the Switch was certainly interesting, but porting games like Cyberpunk 2077 to Nintendo’s underutilized hardware isn’t something the world needs.

They tell us: what would you like to see from the Nintendo Switch in 2021?

So far we’ve listed six things we’d want to see from the Switch next year, some more likely than others. Now is the time to hear what is most important to you. Just cast your vote in the poll below or post a new suggestion in the comments.