Biologists and other scientists are confronted these days with a deep sea of data and a bewildering panoply of tools to apply to it — many of which require a specialist to operate. Hiring one is a challenge and farming out the work may take months … but LatchBio offers an option that can have you running your data through AlphaFold and other top-tier tools in seconds. The company just raised $28 million to build out its increasingly relevant platform.

Fundamentally, the issue is just that scientists are not all data scientists.

“Biologists, as amazing as they are at biology, pipetting and lab stuff … they suck at programming,” said Alfredo Andere, co-founder and CEO of LatchBio. But the revolution in biotech is powered by the huge increase in data coming from every experiment.

It might have been feasible to process it yourself with basic tools a few years ago, but the volume has increased a thousandfold and more, and every new discovery (like cheaper genome sequencing or new ways of applying that data) balloons it further.

“If you do a CRISPR experiment, after you do the edit in the wet lab you sequence it in an Illumina machine. It gives you back a file with the RNA string and the edits you made — but it’s not one of them, it’s 10,000 of them,” Andere continued. “If you’re just a biologist, you need to learn to use CRISPResso, use the command line, install the dependencies, feed it the right data … ”

The only realistic way to handle this volume of raw data now is to hand it over to a computational biologist — a rare breed and seldom available on short notice.

“The problem we saw over and over is these people are really hard to find — it’s like 20 biologists to one computational biologist. So they send their data, and they wait, sometimes for months,” said Andere.

Andere and his co-founders, CTO Kenny Workman and COO Kyle Griffin, came from a Big Tech background but became disillusioned with the industry they were working in.

“At Google, we had these amazing data pipelines, but they were for serving ads. Then we saw these biotech companies curing disease, but they had the worst data pipelines in the world,” he said. So why not apply the same power and ease of use found in a Google-tier tool but designed for use by scientists who can’t write a line of code? That’s the intention of the company’s Latch platform, which focuses on ease of use and flexibility above all else.

“You really have to make it easy for the biologists: You need tooling that lets them upload, then fill in like three parameters and click run,” said Andere. “Like AlphaFold — it’s a very heavy model. We saw this at Berkeley; they literally spent weeks trying to install it on a GPU cluster, and they couldn’t. It’s just so complex. We gave them our platform, you put an amino acid sequence in and you run it. We had [genetic sequencing pioneer] George Church himself in the other day — in literally 30 seconds we had him running AlphaFold on the platform.” 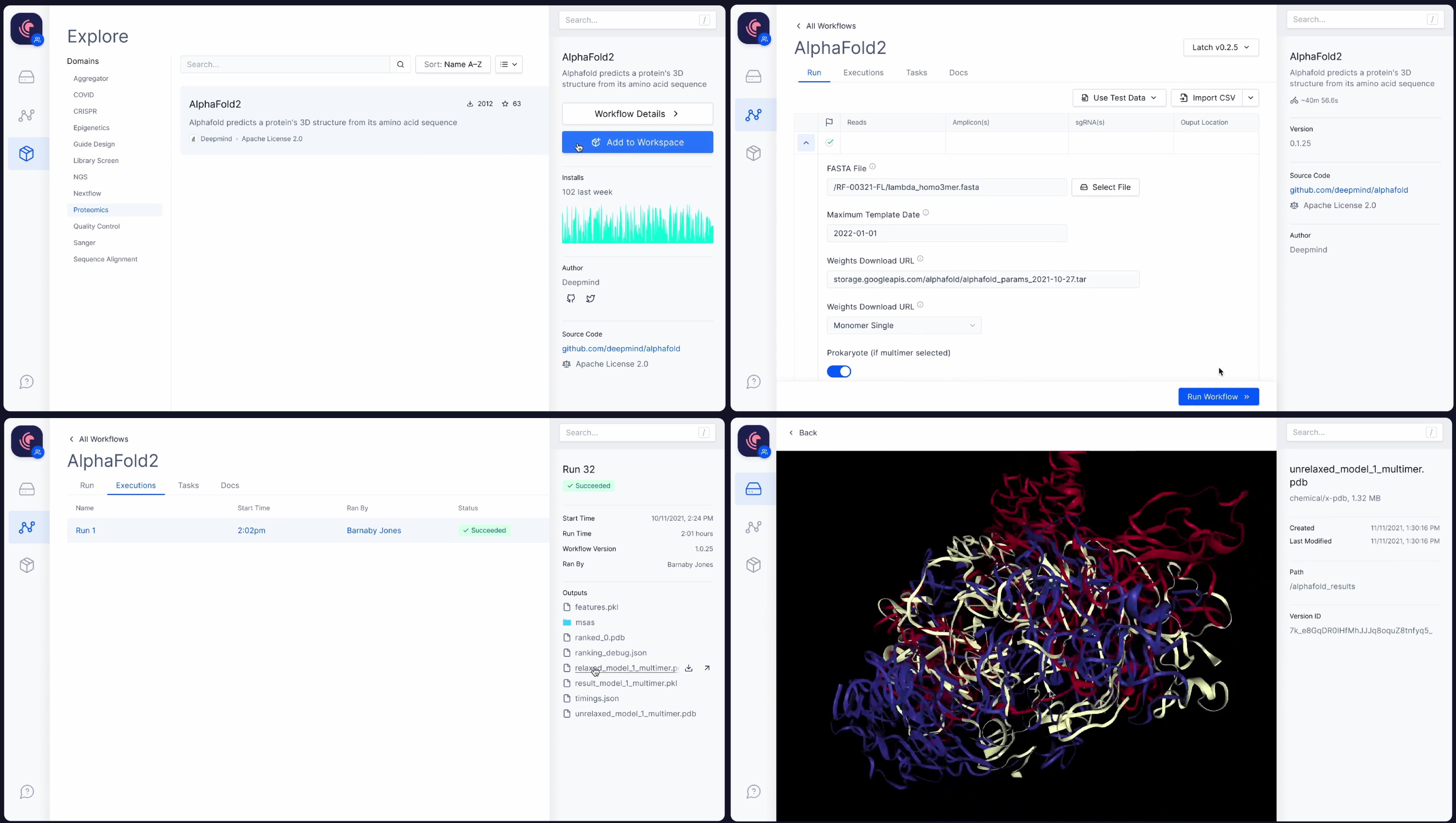 If this all seems to infantilize scientists a bit … ask one. Biologists will likely be the first to say they don’t want to deal with code. Good scientists are smart people but they generally want to focus on what they do best not learn a new discipline just to make sense of the avalanche of data. There are other scientists whose proper job that is!

The trouble appears when you consider how diverse the fields of biology and biotech are. Every domain, like proteomics, epigenetics and the dozens of subdomains under each, has scores of unique software tools and processes. While some platforms and methods, like Jupyter notebooks and the like, have emerged as de facto standards across many fields, they’re geared toward the bioinformatics people not the ones wearing goggles in wet labs.

They got out of this situation by, as he put it, buying a chicken. They built out popular workflows themselves and gave them to biologists, then used that feedback to improve their SDK so that they could go to the computational types with something easy to use.

The alternative, Andere noted, is often something like like cloning GitHub repos and other notebooks, or salvaging code from papers and personal sites. Computational biologists aren’t gluttons for punishment any more than their pipette-wielding cousins, so anything that makes it easier on them is welcome. Adding their process to Latch using the SDK means the scientists filling up their inbox can do it themselves.

The hope, and one of the main goals of this fundraise, is that the comp bio community will continue to engage with LatchBio’s platform, allowing the company to move upstream from more popular workflows to making existing biotech infrastructure more accessible. Many companies have their own tools and stacks, but like the rest they are often only operable by experts. If that could change, it frees up those valuable data experts to build rather than simply implement.

“A 50,000-person company isn’t a customer right now because they have a hundred or 200 computational biology people. But if only those companies can build it, and smaller companies can’t, that’s the opportunity,” said Andere. “We get Series A and B companies that can’t do it themselves, and we work closely with them. We’re growing quickly and soon that Series D company starting to build its own will be like, ‘why do it when LatchBio works?’ Companies will pay a lot to not have to build this in-house.” 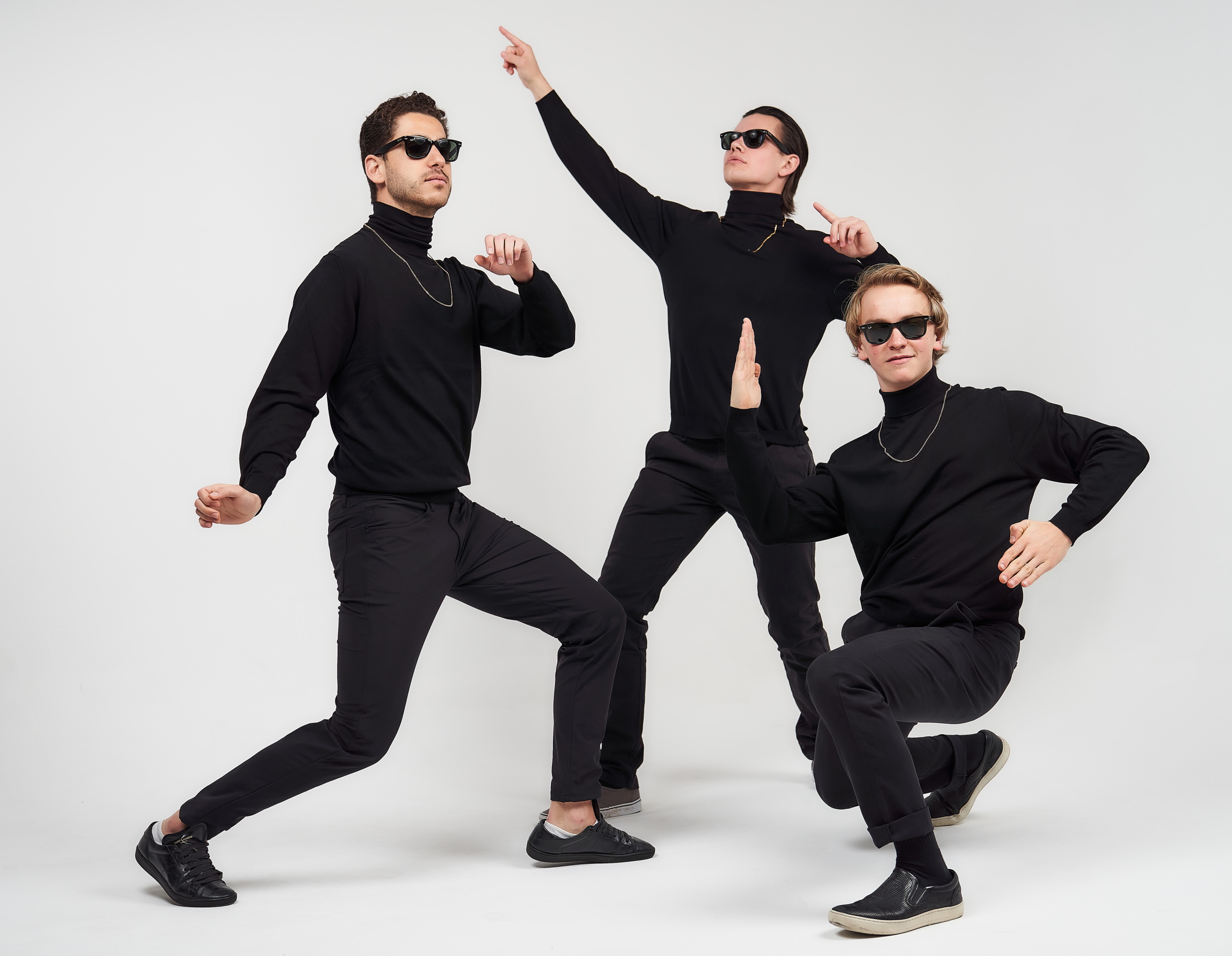 The company expects ARR of $1 million by the end of the year, and contracts are stacking up. But Andere emphasized that the platform will always be free for academics (even though their licensing situation can be a pain), who as a rule prefer to wait a month over spending five figures.

The $28 million A round was co-led by Coatue and Lux Capital, with Hummingbird Ventures, Caffeinated Capital, Haystack and Fifty Years participating.

Andere said they hope to not just build out the product but hire the best software engineering team in biotech. “I think young people are tired of working at optimization and quantitative companies — there’s no company in biotech that represents being among the best software engineers in the world, while also working on world-changing problems,” he concluded. Naturally LatchBio aims to be just that.