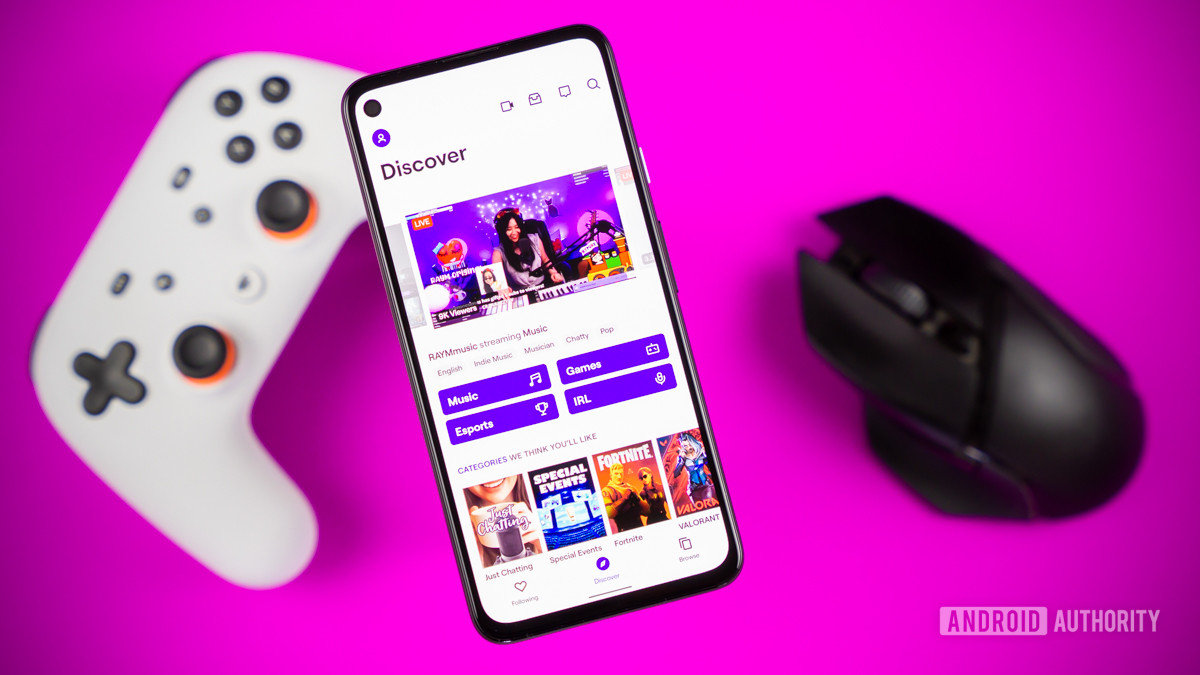 If you’re considering Twitch streaming as a potential career path, you might be wondering how much money you’d be able to make. Would you need to work a full or part-time job on the side, or could you forgo that and make a living solely off of streaming? We’ll be considering all this and more as we explore how much Twitch streamers earn.

READ MORE: How to start streaming on Twitch from your PC

If you are a Twitch Affiliate or Partner, you make money on Twitch through Bits, subscriptionsand ads. Additionally, you can add a Donate button, create content on other platforms to grow your brand, partner with other brands, and make merch.

How do streamers make money through Twitch?

Views and concurrent viewers do not directly impact how much money you make. There is no relationship between views and earnings because Twitch earnings are made through Bits, subscriptions, and ads. Having more concurrent viewers will help you make money because those people may donate Bits, subscribe to your channel, or watch ads during your stream.

If you’ve already qualified as a Twitch Partner or Affiliate, then there are three main ways you can earn money through Twitch itself: Bits, subscriptionsand advertisements.

Twitch Bits are a digital currency that people can use to donate to you during your stream through Cheering or extensions.

Example of a Twitch “Cheer.”

As a Twitch streamer, you earn $0.01 for every Twitch Bit donated during your stream through Cheering. A “Cheer” allows a viewer to send a message in chat that (a) appears on-screen during your stream and (b) is vocalized by a text-to-speech agent.

You can deliberately mute the Cheer function during your stream, which means that, even if someone sends a Cheer message, it won’t appear in your stream or be vocalized. You will only want to do this if you’re focused on a game or activity because it essentially makes people waste their Bits.

Example of a Twitch “soundboard” extension.

Viewers can also use Twitch Bits on extensions, which you, as the streamer, must have already manually set up. If viewers activate an extension using their Bits, you only get 80% of that $0.01 per Bit, while 20% goes to the extension developer. Extensions give viewers more options and may encourage them to stick around.

Where to find your Twitch Bits total.

For the uninitiated, Bits are a virtual currency purchasable through Twitch that, according to Twitch, “give you the power to encourage and show support for streamers, get attention in chat through animated emoticons, vote in Polls, get recognition through badges, leaderboards, and acknowledgment from the streamer, with even more possibilities in Extensions.”

You can use Twitch Bits to Cheer or use an extension during a streamer’s stream. Cheering makes it so that whatever you type in your cheer message appears on-screen in the stream. If the streamer has it enabled, your message may also be read aloud in text-to-speech. Something will happen during the stream when you use an extension with Bits; for example, sometimes streamers enable a “soundboard” extension, where, if you use Bits, a sound plays during the stream.

Subscriptions make up a good amount of the income that you make off of Twitch. Getting people to subscribe to your channel when you’re starting out isn’t easy, though. You must curate exceptional content and stream regularly.

First, get people to Follow your channel. After they’ve been following you for a while, you can start trying to get them to click that star-shaped Subscribe button.

This isn’t possible. Twitch streamers make a bulk of their income off of subscription money, so it isn’t like you can just ride along for free. That said, if you just want to see their content regularly, you can click Follow to follow them. Alternatively, if you’re an Amazon Prime subscriber, you get one free Twitch monthly subscription if you link your two accounts.

Advertisements are a reliable, consistent way to gain a bit of money out of your streams. However, we wouldn’t necessarily advise adding too many ads to your streams.

Ads are one of the leading reasons why people quit watching streams. So, while you’re building your audience and trying to get people to subscribe to you, we would not suggest adding any ads during your streams.

Other ways to make money as a Twitch streamer

Bits, subscriptions, and ads are the primary ways to make money through Twitch alone. However, those aren’t your only options. There are other ways to make money as a Twitch streamer that don’t necessarily have anything to do with Twitch itself.

Some things you can do include adding a Donate button underneath your stream, expanding your brand into platforms like YouTube, capitalizing on sponsorships and partnershipsand selling merchandise.

As a Twitch streamer, you can set up a panel underneath your stream or on your channel’s About section that allows people to donate money to you directly. Setting up one of these dedicated donation panels through Stream Elements and Streamlabs will enable you to accept direct donations from users without having to worry about losing a cut.

While this is an easy way to generate some additional revenue, don’t expect to make a monumental amount off of donations alone. Very few click the donate button unless there are extra perks like an exclusive chat button or a highlighted message.

Cross into other platforms

Another awesome way to make money as a Twitch streamer is to cross into other platforms. That means making a community for yourself on Discord, an official account on Twitter and Instagram, and, of course, starting a YouTube channel.

As we’ve mentioned before, YouTube is primarily viewed as the place to go for permanent videos. Because Twitch streams occur in real-time, YouTube is a great place to upload clips and highlights of your streams for those who missed them.

This brings us to sponsorships, partnershipsand affiliate marketing. These are all different methods of collaborating with more prominent brands that can use you and your platform to advertise their product. In return, you will gain a certain amount of revenue from them.

It takes time for those larger organizations to see you as a platform to market their products. You must have reached the point where your following is significant, and you are already making money as a streamer.

A good example of a modern-day sponsorship is xQc’s partnership with GFUEL. In 2021, GFUEL released a flavor inspired by him called “The Juice.”

Another thing you can do to make money—and this applies even to those who don’t Twitch stream—is to start selling your brand through merchandise. Merch allows your viewers to own something that is associated with you.

Before going ahead and creating merch that may or may not sell, ask your viewers for their opinion. At the end of the day, you want to provide them with merch options that they would actually buy.

How much do (popular) Twitch streamers make?

Between August 2019 and October 2021, Critical Role made $9.6 million, xQc earned $8.4 million, and summit1g made $5.8 million. These were the three most popular Twitch streamers during that period.

Making that kind of money is very difficult as a Twitch streamer. You must continue to grow and stream regularly, always keeping an eye on what you want and what your viewers want. Small streamers that are Twitch Affiliates can typically make between $50 and $1,500 a month if they work very hard and regularly gain viewers, followers, and subscribers.

According to a leak from October 2021: 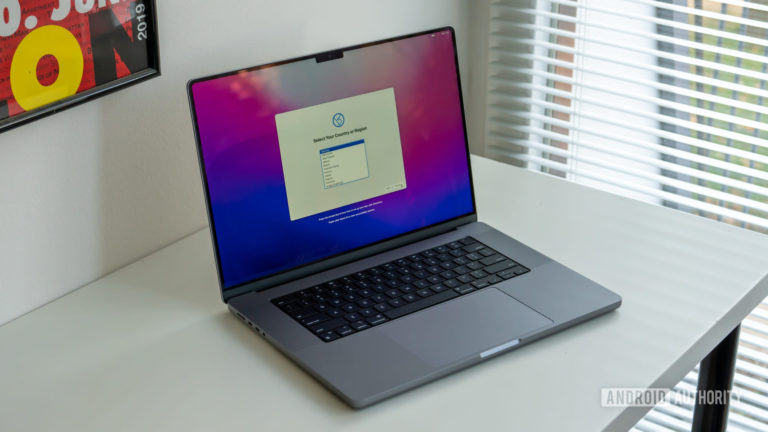 I gave up on MacBooks when Apple dropped the ports and MagSafe, when it introduced the Touch Bar and the butterfly keyboard, and single-handedly made #donglelife a thing. If you ask me, MacBooks lost their way a few years ago, and Apple lost me as a customer. With the new MacBook Pro, Apple is back,…

David Imel / Android Authority x Google has several services that could easily be bundled into a single subscription, much like Apple One. Currently, Google users have to subscribe to some services individually. However, Apple users can pay for a single subscription to get a range of services. The latter bundle contains Apple TV Plus,…

It has been a bit quiet on the leaflets lately, but many parties are still optimistic about the future of the form factor. Ahead of today’s big I / O prelude, Samsung (hands down the most bullish of the whole group) is released a number of metrics this morning, noticed, x The global outlook is… 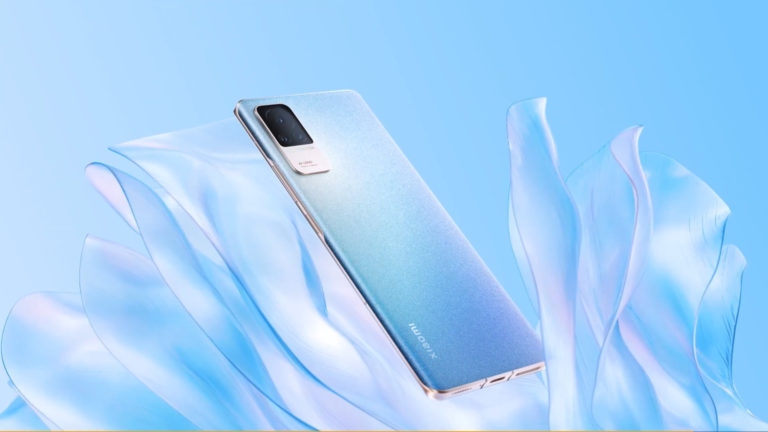 TL; DR Xiaomi has launched its new Civi smartphone in China. The device appears to be a successor to the CC series. Expect a sleek, lightweight design and a focus on selfies. Xiaomi teased a new smartphone called the Civi earlier this month, with images below showing a design-led phone similar to the CC series….

Recognition: Samsung / composite The specifications of the Samsung Galaxy M32 have apparently been leaked. The specs show a phone that still has a lot in common with its predecessor. Samsung’s Galaxy M series has joined the A series and has been delivering pretty good budget phones for a while now. It looks like the…