Oppo made its debut with Color OS 11 back in January. It included a host of new customization and player-oriented features. Now the company has revealed (h / t MySmartPrice) his plans for the global roll out of the Color OS 11 update.

Oppo will roll out the Beta version of Color OS 11 to Reno Z, A5 (2020), A9 (2020) and A73 5G starting April 13th. The regions served include countries in the Middle East, India, Indonesia and Australia. The A53 will be updated for India and Indonesia starting April 27th. 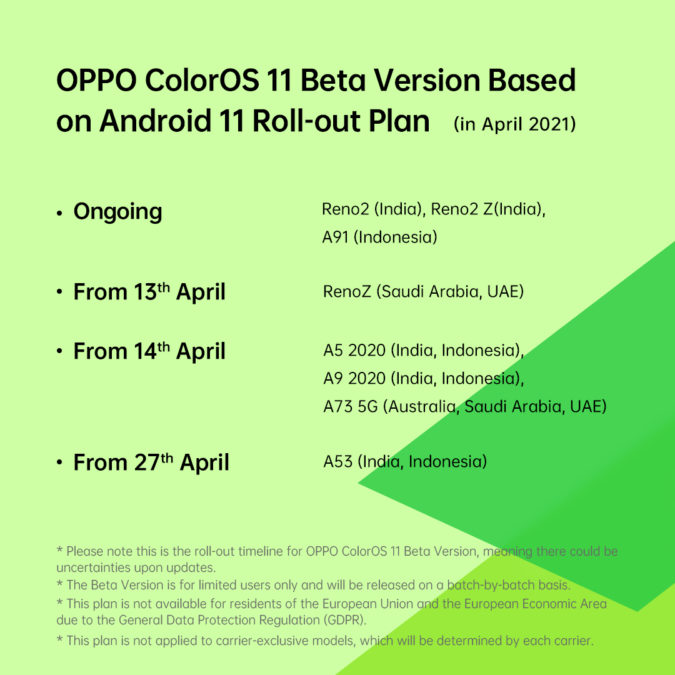 The Oppo Reno 2, Reno 2 Z and A91 in India and Indonesia are already getting the beta update.

Regarding the official stable build of Color OS 11, the company has expanded the original list of supported devices. The following phones are already getting the stable build:

Rollout plans for the EU region

After all, most of them in Europe and the European Economic Area are already entitled to the first stable construction of Color OS 11. You can see the full list for the region below. 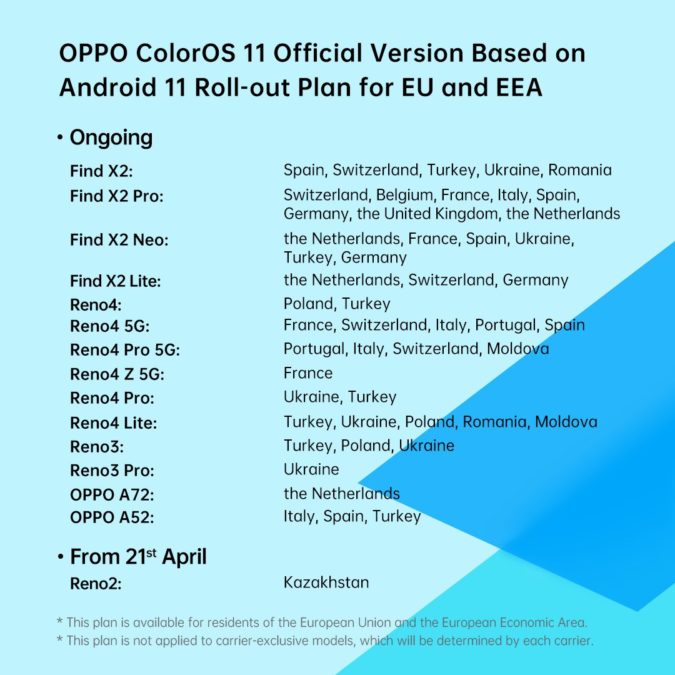 Oppo notes that official Color OS 11 updates will be released “batch by batch”. You can check if there is an update pending by going to the settings > Software update on your device.