Free money from the government sounds like winning the lottery, but the reality is that most tech startups and even local retail businesses and restaurants can potentially qualify for tax credits related to research and development in the United States. Those credits, which is what helps tech giants keep their tax rates to near zero, are hard for smaller companies to receive because of extensive documentation requirements and potential audit costs.

So a number of startups have been launched to solve that gap, and now, larger companies are entering the fray as well.

Gusto, which started off with payroll for SMBs and has since expanded into employee on-boarding, insurance, benefits, and other HR offerings, today announced that it is acquiring Ardius, a startup designed to automate tax compliance particularly around R&D tax credits.

The Los Angeles-based company was founded by Joshua Lee in 2018, who previously had worked for more than a decade at accounting firm EY. Terms of the deal were not disclosed, and Ardius will run as an independent business with the entire team transitioning to Gusto.

The strategy here is simple: most R&D credits require payroll documentation, data that is already stored in Gusto’s system of record. Ardius in its current incarnation was designed to tap into a number of payroll data providers and extract that data and turn it into verifiable tax documents. With this tie-up, the companies can simply do that automatically for Gusto’s extensive number of customers.

Joshua Reeves, co-founder and CEO of Gusto, said that the acquisition falls in line with the company’s long-term focus on customers and simplicity. “We want to bring together technology, great service, [and] make government simpler,” he said. “In some ways, a lot of stuff we’re doing — make payroll simpler, make healthcare simpler, make PPP [loans] and tax credits simpler — just make these things work the way they’re intended to work.” The company presumably could have built out such functionality, but he noted that “time to market” was a crucial point in making Ardius the company’s first acquisition.

Tomer London, co-founder and chief product officer, said that “we’ve been looking at this space for a long time because it kind of connects to one of our original product principles of building a product that is opinionated,” he said. In a space as complicated as HR, “we want to be out there and be an advisor, not just a tool. And this is just such a great example of where you can take the payroll data that we already have and in just a few clicks and in a matter of a few days, get access to really important cash flow for a business.” He noted that tax credits is “something that’s been on our roadmap for a long time.”

Gusto works with more than 100 third-party services that integrate on top of its platform. Reeves emphasized that while Ardius is part of Gusto, all companies — even those who might compete directly with the product — will continue to have equal access to the platform’s data. In its release, the company pointed out that Boast.ai, Clarus, Neo.Tax, and TaxTaker are just some of the other tax products that integrate with Gusto today.

Of course, Ardius is just one of a number of competitors that have popped up in the R&D and economic development tax credit space. MainStreet, which I last profiled in 2020 for its seed round, just raised $60 million in funding in March led by SignalFire. Meanwhile, Neo.tax, which I also profiled last year, has raised a total of $5.5 million.

Reeves was sanguine about the attention the space is garnering and the potential competition for Ardius. When it comes to R&D tax credits, “whatever creates more accessibility, we’re a fan of,” he said. “It’s great that there’s more awareness because it’s still under-utilized frankly.” He emphasized that Gusto would be able to offer a more vertically-integrated solution given its data and software than other competitors in the space.

While the pandemic particularly hit SMBs, who often lacked the financial wherewithal of larger companies to survive the crisis, Gusto actually expanded its business as new companies sprouted up. Reeves said the company grew its customer base 50% in its last fiscal year, which ended in April. It “turns out in a health pandemic and in an economic crisis, things like payroll and accessing health care are quite important,” he said. Gusto launched a program to help SMBs collect the government’s stimulus PPP loans.

The company’s main bases of operation are in San Francisco, Denver and New York City, and the company has a growing contingent of remote workers, including the Ardius crew, who will remain based in LA. While Reeves demurred on future acquisitions, Gusto’s focus on expanding to a comprehensive financial wellness platform for both employees and businesses would likely suggest that additional acquisitions may well be in the offing in the future. 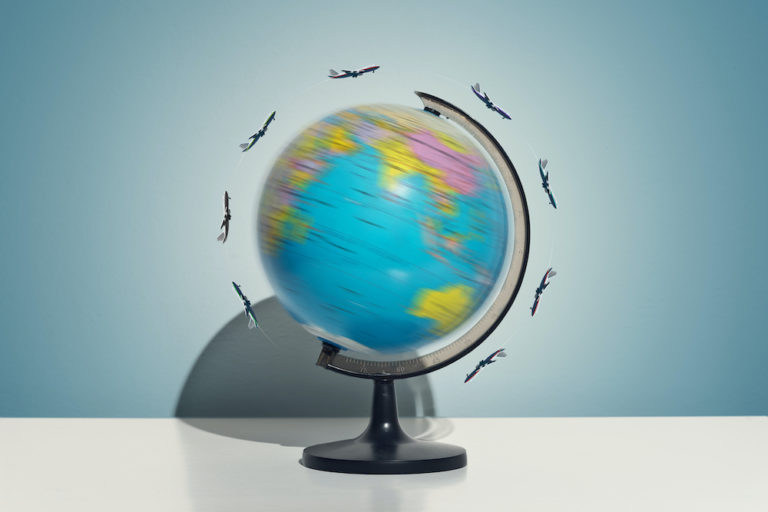 Hamburg-based Localyze is gearing up to launch in North America in the coming months — powered by a fresh raise of $35 million in Series B funding that’s being announced today, a little over a year after it disclosed a $12M Series A. The Series B is led by US VC fund, General Catalyst. Other… 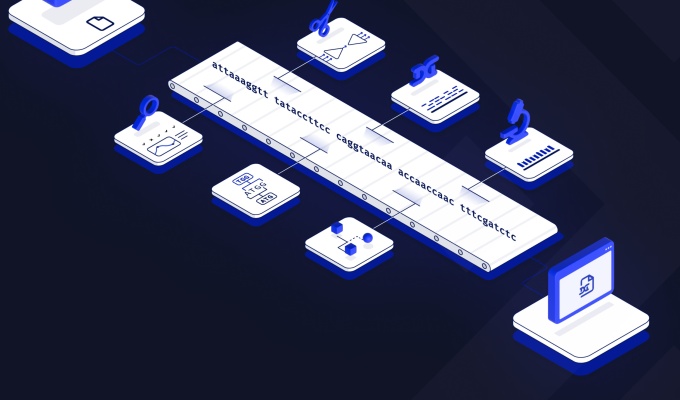 Biologists and other scientists are confronted these days with a deep sea of data and a bewildering panoply of tools to apply to it — many of which require a specialist to operate. Hiring one is a challenge and farming out the work may take months … but LatchBio offers an option that can have… 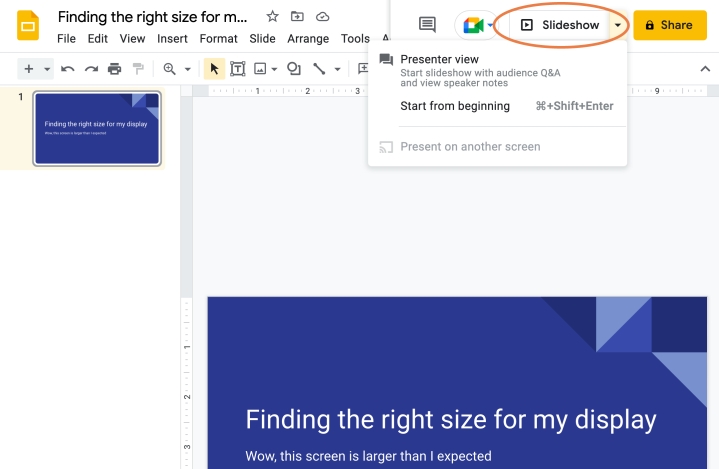 Google Slides is a useful presentation tool with plenty of built-in compatibility. You can use a standalone app or the web app, easily share presentations over Google Drive, and quickly get a slideshow to work the way you want it to on all kinds of devices. But presentations have their own quirks, and sometimes problems… 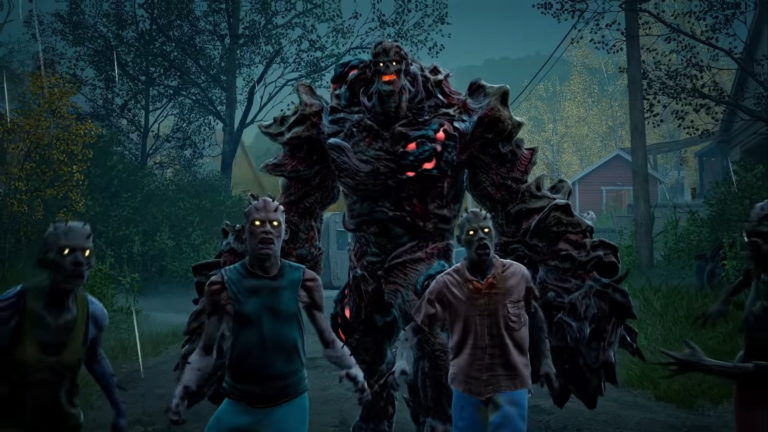 Heavily armored and surprisingly agile, the Breaker makes it difficult to reach Back 4 Blood‘s next safe room. Not only will you need to burn through tons of ammo to kill it, but you’ll probably use up a few bandages in the process. Breakers throw a wrench into the best-laid plans, and even veteran players…

Digital Trends may earn a commission when you buy through links on our site. x Wyze continues to impress with its low-cost, budget offerings, and the new Wyze Cam Spotlight is no exception at the irresistible price of under $50. This bundle combines the Wyze Cam v3 with the Wyze Spotlight to take full advantage… 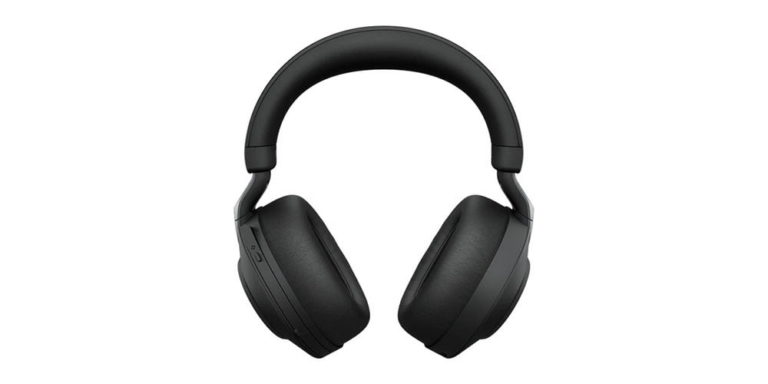 Digital Trends may earn a commission when you buy through links on our site. x If you’re looking for the best headsets for Zoom, you’ve come to the right place with some astonishing deals on some of the best Jabra office headsets. If you’re looking to work from home more effectively or you’re dealing with…