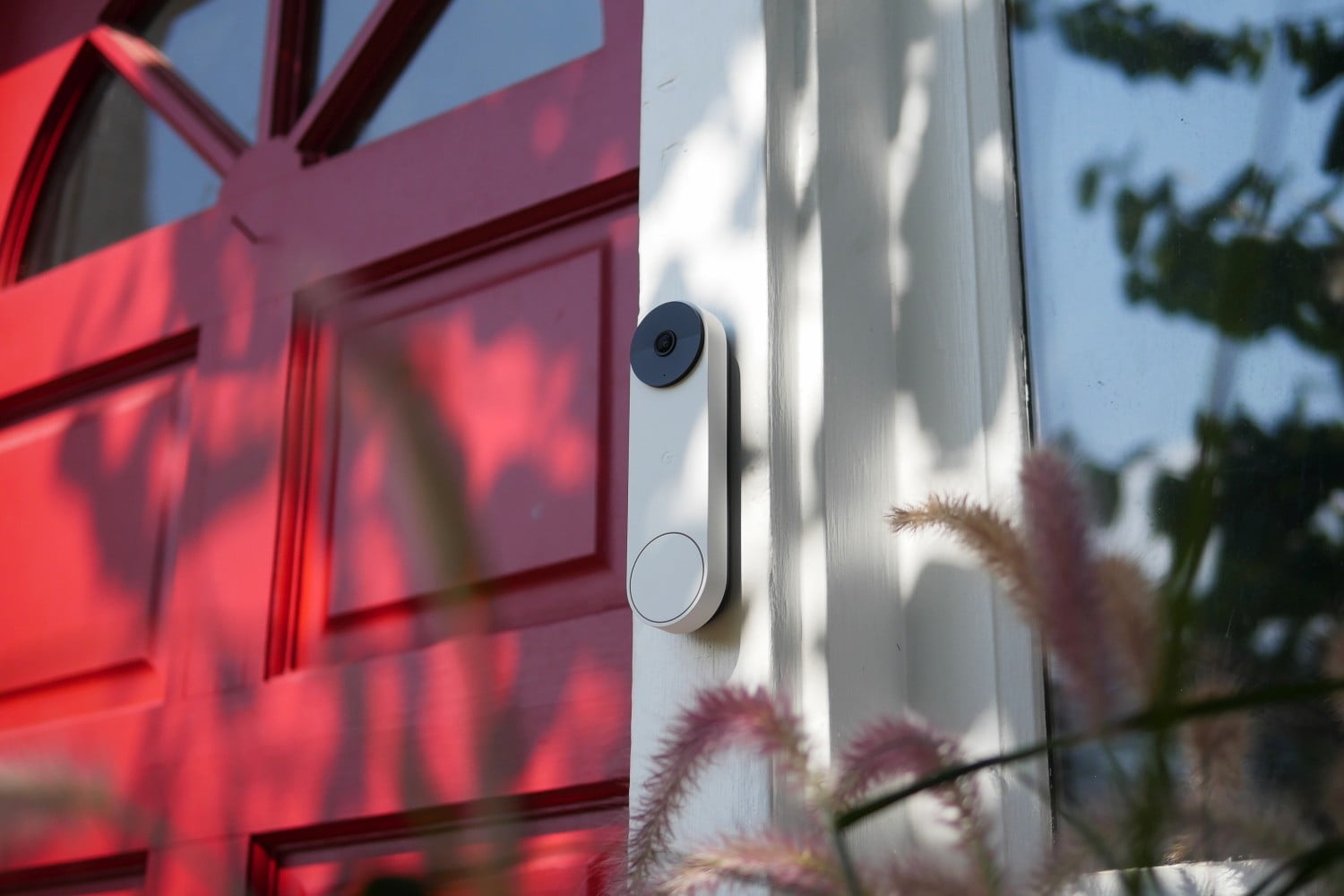 “Intelligent and beautifully designed, the Google Nest Doorbell (battery) is the complete package.”

It’s been a long time since I last reviewed a video doorbell — six years to be exact. Since that review of the Ring Video Doorbell in 2015, we’ve seen countless video doorbells that cover the gamut, boasting premium features such as radar technology and intelligent detection. Even though I never came across the Nest Hello, it’s been one of the most popular video doorbells around — giving Ring some competition in the space.

Three years after its release, we finally have a proper successor in the Google Nest Doorbell, which is most notable for the fact that it’s battery-powered — unlike its predecessor. There’s a lot more to like about this one, but with Google calling the shots this time around, it’s going to be interesting to see how its experience differs from its predecessor, and if it improves over the competition.

Out of the box, it’s apparent that simplicity is at the heart of the Google Nest Doorbell. While you do have the option of wiring it to your existing doorbell connection, which adds a couple of steps and may require a professional if you’re not confident in doing it yourself, setting it up as a wire-free, battery-powered doorbell is a breeze. All you need to do is screw the mounting plate to a surface, then you slide the doorbell into place — it’s that simple.

I fastened the mounting plate on a wooden panel around the outside of my front door, which is a bit easier than, say, installing it on a brick surface. Now, if you’re worried about it getting stolen, just know that it takes a fair amount of force to force it out of position. I tried pulling it out myself with my own hands and it would not budge. In order to remove it when it needs to be recharged, you’ll have to use the included release tool. The only issue here is that I can totally see myself losing the release tool, so you’ll want to put it in a safe place.

It’s worth noting that you don’t use the original Nest app to finish setting it up. Instead, everything is done through the Google Home app. After scanning a QR code and running through some menus, the Google Nest Doorbell was up and running in less than 10 minutes.

If you loved the original Nest Hello design, you’ll absolutely adore what Google has done with the new design. Constructed from 46% recycled plastic, the Nest Doorbell features a minimalist design that looks utterly beautiful. Don’t be fooled by the plastic because the matte finish helps it stay clean-looking and resistant to smudges.

Best of all, it doesn’t have the utilitarian styling of other doorbells. The Nest Doorbell is simply one of Google’s finest designs of all time — and that’s saying a lot!

Google has proven that specs shouldn’t have much as much weight in the greater scheme of things. For example, just look at the Pixel 4a and 5a, two smartphones that do an awful lot, but aren’t heavy on specs. Yes, there’s no denying that the specs of the Nest Doorbell don’t come close to what was offered by the original Nest Hello, but it doesn’t need to because it’s smarter.

The Nest Doorbell is one of Google’s finest designs of all time.

Let’s get the specs out of the way. There’s a 1.3-megapixel ⅓-inch sensor with a 145-degree diagonal field of view that captures video at a resolution of 960 x 1280 pixels. It’s an odd aspect ratio for sure, but the Nest Doorbell’s camera can see the floor below it roughly a couple of feet away. That’s important because it can detect when packages are dropped off right by the front door.

Performance-wise, the Nest Doorbell delivers decent-looking clips that balance out the exposure of the scene thanks to HDR video. Highlights are toned down, while shadows are boosted to help draw out details that would otherwise be lost. There are some artifacting elements that popped up when I first accessed a livestream, but they quickly disappeared after 10 seconds.

Fine details are on the softer side, but I’m still able to make out most things in the scenery. Strangely, the capture rate varies wildly from a choppy 9.11 frames per second (fps) to as high as 31.77 fps. In one instance, it was capturing at 9 fps when it was sunny and clear outside — so who knows why that’s happening. Luckily, night vision is crisp and clear.

Doorbells have two main purposes: To have eyes on who/what is at the front door and to keep tabs on what’s happening. From my experience so far, the Nest Doorbell excels at both. It’s been nearly perfect at detecting people, packages, and motion, and at sending notifications on my smartphone. Small details like the LED ring around the doorbell illuminating as someone approaches shows how it’s intelligently aware of the surroundings.

If you’re a die-hard Google Assistant user, you’ll love how much it’s tied into the Google ecosystem. For example, whenever someone rings the doorbell, not only do I get a notification on my phone, but a livestream pops up on my Google Nest Hub Max smart display to show me who’s there.

There are also the Quick Responses to choose from, which come in handy when I’m in a meeting or otherwise occupied and can’t answer the door. Even though there are only three to choose from at the moment, I appreciate the usefulness of this feature. And if you do end up answering a doorbell ring, the internal microphone makes it so that voices are audible, while the internal speaker emits enough volume and clarity for people to make out my voice.

Another big selling point of the Nest Doorbell is that it comes with three hours of event video history for free. That’s noteworthy because, typically speaking, you would have to subscribe to a service in order to receive any kind of video storage — so this offering adds a ton of value out of the box. Subscribing to Nest Aware does extend the video history to 30 days and offers additional security features, such as emergency services access.

Initially, I had the Google Nest Doorbell set to detect all motion, which can obviously drain the battery faster. However, I turned it off and only set it to monitor people and packages. After nearly a week of using it, battery life remains steady at 70%. Doing the math, it’s going to require a recharge at some point well before the month is up. Changing the detection settings will hopefully yield better results for the coming weeks.

With a sticker price of $180, the Google Nest Doorbell (battery) is competing in a crowded space. No, it’s not the most feature-rich or specs-heavy video doorbell around, but it works flawlessly at being an intelligent doorbell. Google has designed a gorgeous doorbell with the intelligence to keep me informed at what’s going on at the front door.

For those seeking a more advanced video doorbell, the Ring Video Doorbell Pro 2 can show you where someone has been on your property with 3D motion-detection technology that’s powered by radar tech.

The Google Nest Doorbell (battery) has a sturdy construction that feels like it will withstand the elements. Its IP54 rating ensures it’ll handle extreme temperatures ranging from -4 degrees Fahrenheit to 104 F. There’s a one-year limited warranty that comes included with the purchase to cover against defects.

Yes. It combines beauty and practicality in one package and will give you peace of mind knowing it’s working whether you’re there or not. 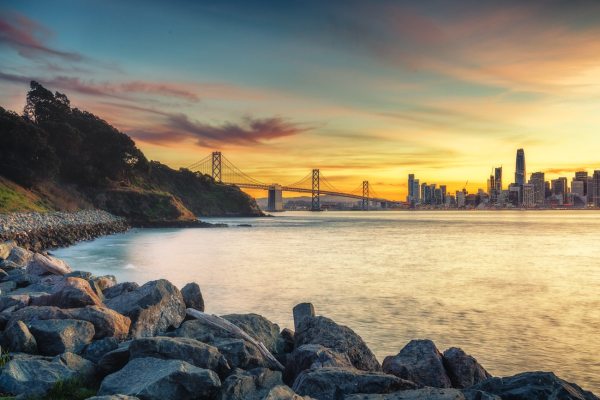 China’s first data privacy laws go into effect on November 1, 2021. Will your company be in compliance? Modeled after the EU’s GDPR, the new regulations “[introduce] perhaps the most stringent set of requirements and protections for data privacy in the world,” writes Scott W. Pink, special counsel in O’Melveny’s Data Security & Privacy practice….

Apple is often derided as being late to the tech party, beaten to the new feature punch by bolder rivals. Often Apple’s approach makes sense (Galaxy Fold, anyone?), but Apple’s reluctance to upgrade its laptop webcams from the long-outdated 720p resolution is one case where it does not. There is good news here, though, as…

Min Wanli had a career path much coveted by those pursuing a career in computer science. A prodigy, Min was accepted to a top research university in China at the age of 14. He subsequently obtained Ph.D. degrees in physics and statistics from the University of Chicago before spending nearly a combined decade at IBM…

Are you considering a Hulu subscription? Hulu is one of the most popular streaming services around, and there are good reasons for that. With an extensive library of TV shows, movies, and plenty of original content, there’s no shortage of perks. Navigating the streaming service can be tricky for beginners, however, so if you have…

Many smart home devices focus on the convenience or automation of what are normally manual tasks. However, the Flume Smart Water Sensor offers a potentially much more important service: the ability to track water usage and alert you to possible leaks in your home’s plumbing. The company just released its Second Generation Flume Smart Home…

Digital Trends may earn a commission when you buy through links on our site. x If you’re looking for a massive TV then you need to head to Best Buy right now. It’s possible to snap up a Sony 65-inch Class X85J 4K TV for just $1,000 as part of the Best Buy Labor Day…