Privacy litigation that’s being brought against Facebook by two not-for-profits in the Netherlands can go ahead, an Amsterdam court has ruled. The case will be heard in October.

Since 2019, the Amsterdam-based Data Privacy Foundation (DPS) has been seeking to bring a case against Facebook over its rampant collection of Internet users’ data — arguing the company does not have a proper legal basis for the processing.

It has been joined in the action by the Dutch consumer protection not-for-profit, Consumentenbond.

The pair are seeking redress for Facebook users in the Netherlands for alleged violations of their privacy rights — both by suing for compensation for individuals; and calling for Facebook to end the privacy-hostile practices.

European Union law allows for collective redress across a number of areas, including data protection rights, enabling qualified entities to bring representative actions on behalf of rights holders. And the provision looks like an increasingly important tool for furthering privacy enforcement in the bloc, given how European data protection regulators’ have continued to lack uniform vigor in upholding rights set out in legislation such as the General Data Protection Regulation (which, despite coming into application in 2018, has yet to be seriously applied against platform giants like Facebook).

Returning to the Dutch litigation, Facebook denies any abuse and claims it respects user privacy and provides people with “meaningful control” over how their data gets exploited.

But it has fought the litigation by seeking to block it on procedural grounds — arguing for the suit to be tossed by claiming the DPS does not fit the criteria for bringing a privacy claim on behalf of others and that the Amsterdam court has no jurisdiction as its European business is subject to Irish, rather than Dutch, law.

However the Amsterdam District Court rejected its arguments, clearing the way for the litigation to proceed.

“We are currently reviewing the Court’s decision. The ruling was about the procedural part of the case, not a finding on the merits of the action, and we will continue to defend our position in court. We care about our users in the Netherlands and protecting their privacy is important to us. We build products to help people connect with people and content they care about while honoring their privacy choices. Users have meaningful control over the data that they share on Facebook and we provide transparency around how their data is used. We also offer people tools to access, download, and delete their information and we are committed to the principles of GDPR.”

In a statement today, the Consumentenbond‘s director, Sandra Molenaar, described the ruling as “a big boost for the more than 10 million victims” of Facebook’s practices in the country.

“Facebook has tried to throw up all kinds of legal hurdles and to delay this case as much as possible but fortunately the company has not succeeded. Now we can really get to work and ensure that consumers get what they are entitled to,” she added in the written remarks (translated from Dutch with Google Translate).

In another supporting statement, Dick Bouma, chairman of DPS, added: “This is a nice and important first step for the court. The ruling shows that it pays to take a collective stand against tech giants that violate privacy rights.”

The two not-for-profits are urging Facebook users in the Netherlands to sign up to be part of the representative action (and potentially receive compensation) — saying more than 185,000 people have registered so far.

The suit argues that Facebook users are ‘paying’ for the ‘free’ service with their data — contending the tech giant does not have a valid legal basis to process people’s information because it has not provided users with comprehensive information about the data it is gathering from and on them, nor what it does with it.

So — in essence — the argument is that Facebook’s tracking and targeting is in breach of EU privacy law.

The legal challenge follows an earlier investigation (back in 2014) of Facebook’s business by the Dutch data protection authority which identified problems with its privacy policy and — in a 2017 report — found the company to be processing users’ data without their knowledge or consent.

However, since 2018, Europe’s GDPR has been in application and a ‘one-stop-shop’ mechanism baked into the regulation — to streamline the handling of cross-border cases — has meant complaints against Facebook have been funnelled through Ireland’s Data Protection Commission. The Irish DPC has yet to issue a single decision against Facebook despite receiving scores of complaints. (And it’s notable that  ‘forced consent‘ complaints were filed against Facebook the day GDPR begun being applied — yet still remain undecided by Ireland.)

The GDPR’s enforcement bottleneck makes collective redress actions, such as this one in the Netherlands a potentially important route for Europeans to get rights relief against powerful platforms which seek to shrink the risk of regulatory enforcement via forum shopping.

Although national rules — and courts’ interpretations of them — can vary. So the chance of litigation succeeding is not uniform.

In this case, the Amsterdam court allowed the suit to proceed on the grounds that the Facebook data subjects in question reside in the Netherlands.

It also took the view that a local Facebook corporate entity in the Netherlands is an establishment of Facebook Ireland, among other reasons for rejecting Facebook’s arguments.

How Facebook will seek to press a case against the substance of the Dutch privacy litigation remains to be seen. It may well have other procedural strategies up its sleeve.

In that case, brought by privacy campaigner Max Schrems and his not-for-profit noyb, Facebook has sought to claim that the GDPR’s consent requirements do not apply to its advertising business because it now includes “personalized advertising” in its T&Cs — and therefore has a ‘duty’ to provide privacy-hostile ads to users — seeking to bypass the GDPR by claiming it must process users’ data because it’s “necessary for the performance of a contract”, as noyb explains here.

But an appeal reached the Austrian Supreme Court in March — and a referral could be made to Europe’s top court.

If that happens it would then be up to the CJEU to weigh in whether such a massive loophole in the EU’s flagship data protection framework should really be allowed to stand. But that process could still take over a year or longer.

In the short term, the result is yet more delay for Europeans trying to exercise their rights against platform giants and their in-house armies of lawyers.

In a more positive development for privacy rights, a recent ruling by the CJEU bolstered the case for data protection agencies across the EU to bring actions against tech giants if they see an urgent threat to users — and believe a lead supervisor is failing to act.

That ruling could help unblock some GDPR enforcement against the most powerful tech companies at the regulatory level, potentially reducing the blockages created by bottlenecks such as Ireland.

Facebook’s EU-to-US data flows are also now facing the possibility of a suspension order in a matter of months — related to another piece of litigation brought by Schrems which hinges on the conflict between EU fundamental rights and US surveillance law.

The CJEU weighed in on that last summer with a judgement that requires regulators like Ireland to act when user data is at risk. (And Germany’s federal data protection commissioner, for instance, has warned government bodies to shut their official Facebook pages ahead of planned enforcement action at the start of next year.)

So while Facebook has been spectacularly successful at kicking Europe’s privacy rights claims down the road, for well over a decade, its strategy of legal delay tactics to shield a privacy-hostile business model could finally hit a geopolitical brick wall.

The tech giant has sought to lobby against this threat to its business by suggesting it might switch off its service in Europe if the regulator follows through on a preliminary suspension order last year.

But it has also publicly denied it would actually follow through and close service in Europe.

How might Facebook actually comply if ordered to cut off EU data flows? Schrems has argued it may need to federate its service and store European users’ data inside the EU in order to comply with the eponymous Schrems II CJEU ruling.

Albeit, Facebook has certainly shown itself adept at exploiting the gaps between Europeans’ on-paper rights, national case law and the various EU and Member State institutions involved in oversight and enforcement as a tactic to defend its commercial priorities — playing different players and pushing agendas to further its business interests. So whether any single piece of EU privacy litigation will prove to be the silver bullet that forces a reboot of its privacy-hostile business model very much remains to be seen.

A perhaps more likely scenario is that each of these cases further erodes user trust in Facebook’s services — reducing people’s appetite to use its apps and expanding opportunities for rights-respecting competitors to poach custom by offering something better. 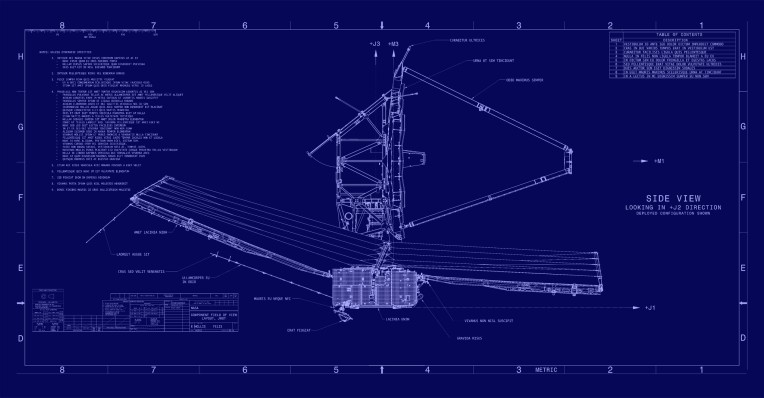 NASA has just revealed the James Webb Space Telescope’s first set of images, from an awe-inspiring deep field of galaxies to a minute characterization of a distant exoplanet’s atmosphere. But how does a spacecraft a million miles away get dozens of gigabytes of data back to Earth? First let’s talk about the images themselves. These… 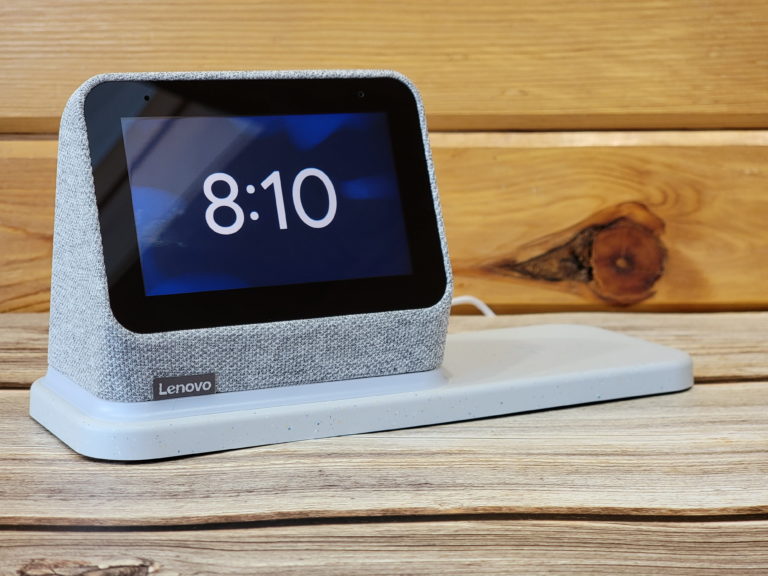 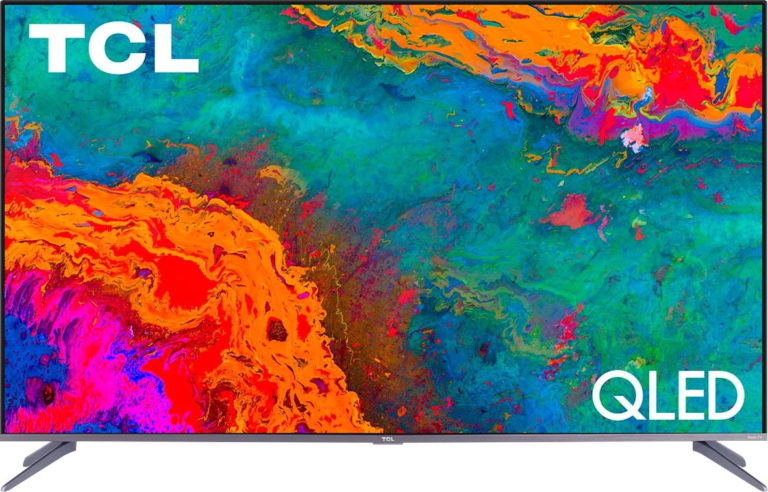 Digital Trends may earn a commission when you buy through links on our site. x If you’re in the market for a brand new big-screen TV, then you need to check out the 65-inch 4K TV deals going on today at Best Buy. The TCL 65-inch Class 5 Series QLED 4K UHD Smart Roku TV…

Digital Trends may earn a commission when you buy through links on our site. x Earlier this month, at Samsung’s Galaxy Unpacked 2021 event, the company announced new phones, new smartwatches, and some new earbuds, the Galaxy Buds 2. While they’re not available just yet, there are many places you can pre-order the Samsung Galaxy…

Netflix has announced Tudum, a global virtual fan event set for September 25 that will showcase exclusive news and first looks at some of the streaming giant’s original content. Tudum, which is named after the sound users hear when they press play on Netflix, will feature stars and creators from over 70 Netflix series, films… 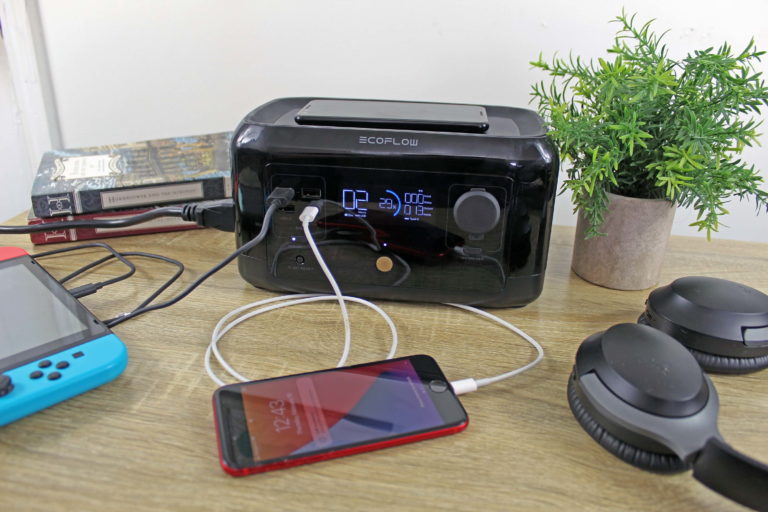 EcoFlow River Mini Review: EcoFlow’s River line of compact power stations has a design philosophy that focuses more on portability and features instead of the battery capacity or output. The River Mini is the most diminutive model in the series, and it packs some serious capabilities into a form factor that’s small enough to fit under…