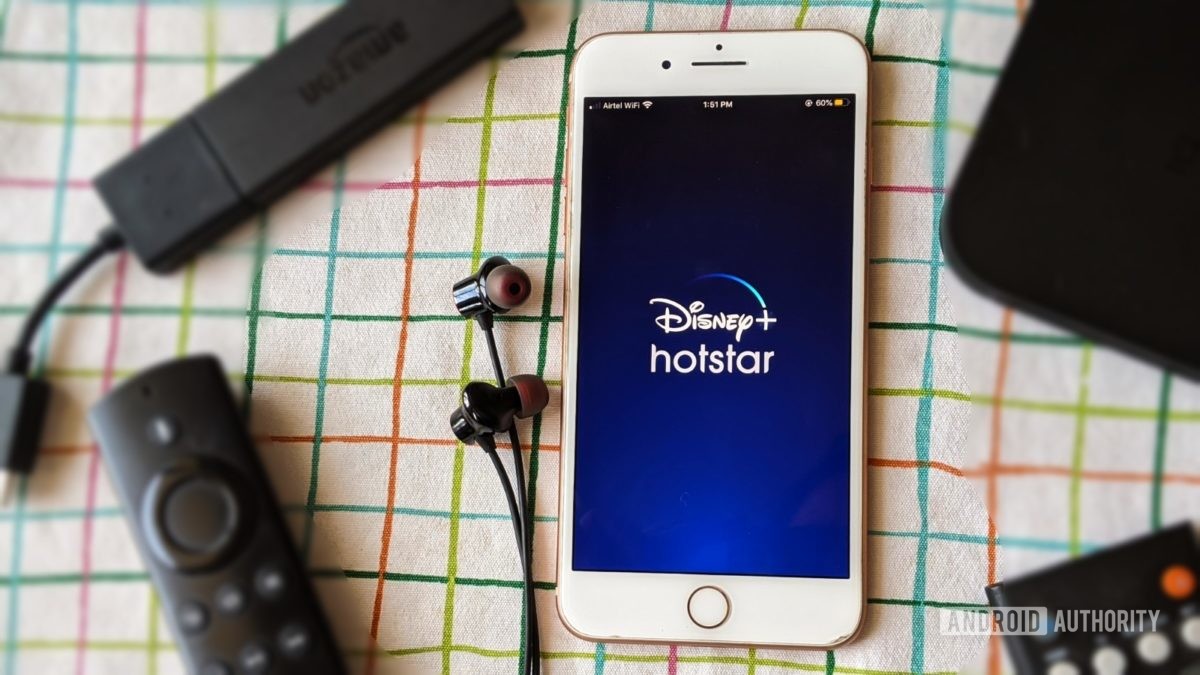 Disney Plus Hotstar is reportedly revising its plans in India. Accordingly NDTV Gadget360‘S Akhil Arora, the streaming service is giving up two of its content tiers on Netflix-style plans that start at Rs 499 per year.

Related: Everything you need to know about Disney Plus Hotstar

New plans for Disney Plus Hotstar

According to Arora, Disney Plus Hotstar will adopt these new prices starting September 1st. The Rs 499 / year plan is only offered on mobile devices and allows subscribers to stream in HD quality on a mobile device.

The service will also introduce a new “Super” plan from Rs 899. This gives Disney Plus Hotstar subscribers access and the ability to stream in HD on two devices for one year.

Finally, a “Premium” plan of Rs 1,499 subscribers allows streaming in 4K on up to four devices.

If you’re already on Disney + Hotstar Premium, not much is going to change for you. However, you can now stream on four devices at the same time instead of two. 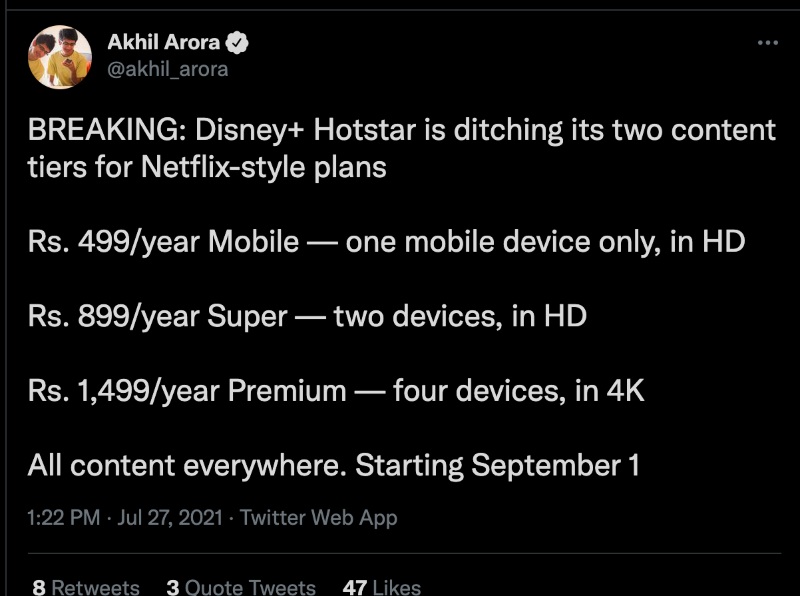 The new plans mean the service is doing away with its current Rs 399 VIP plan, which allows subscribers to view all of the service’s content except for American shows and films. The monthly premium plan of Rs 299, which includes access to all original content from Hotstar and Disney Plus in addition to content from HBO, Fox and Showtime, is likely to get the ax too.

The good news, however, is that all new Disney Plus Hotstar plans allow subscribers to stream the service’s entire catalog without restrictions. So, unlike in the past, you can watch premium content on all plans.