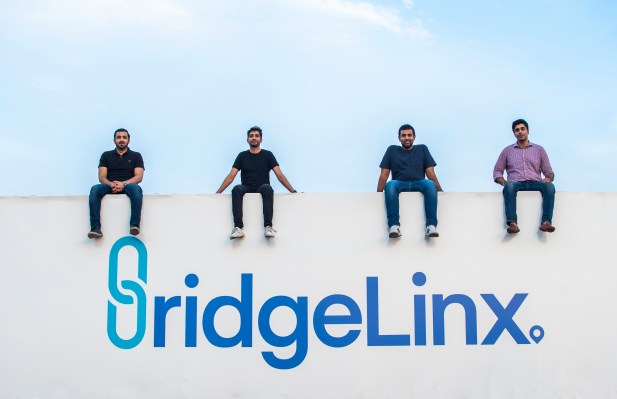 BridgeLinx, a 9-month-old Lahore-headquartered startup that operates a digital freight marketplace, said on Tuesday it has raised $10 million in what is the largest seed financing round in Pakistan.

This is 20 VC and Buckley Ventures’ second lead investment in Pakistan in recent weeks following an $85 million round in quick-commerce startup Airlift. Indus Valley Capital, which recently also backed business-to-business marketplace Bazaar, has invested in all three of the recent high-profile investments in the South Asian country.

The platform provides its tech solutions to ensure documents validation on both ends, timely pickups, port operations and safety of cargo, said Gul, who previously worked at consultancy firm KPMG in Canada.

BridgeLinx has already onboarded thousands of carriers and is moving thousands of freight-loads each week for many large customers, he said.

As is true in India, Pakistan’s trucking system has a big inefficiency problem that continues to drag the economy. One of the biggest problems faced by truckers is that they are unable to find any use of their vehicles once they have made a delivery. So a truck delivering something to Karachi from Lahore is likely traveling empty on its return journey, which wastes both time and money.

Startups like BridgeLinx are attempting to find ways to make this system more efficient, said Gul, who added that he has closely studied how Convoy, and India’s BlackBuck and Rivigo have expanded their businesses.

BridgeLinx, like BlackBuck, currently operates on an asset-lite model — that is, it doesn’t own any vehicles. But Gul said there is benefit in replicating something from Rivigo, which owns its fleets. By having some trucks of its own, BridgeLinx will be able to ensure that vehicles on its platform are operating round the clock by having multiple drivers working in shifts.

“We will eventually have a hybrid of what BlackBuck and Rivigo offer,” he said.

BridgeLinx will deploy the fresh capital to expand to more verticals and broaden its tech offerings. The startup is also working on hiring more talent, he said.

“BridgeLinx has cracked the code for making end-to-end freight work in a hassle free manner and therefore signed up some of the top businesses in Pakistan. We believe this team is well on its way to bring unprecedented efficiencies to the country’s economy and are really excited to partner with them,” said Aatif Awan, Managing Partner at Indus Valley Capital, in a statement.

On a side note, it’s interesting to see Stebbings and Buckley being the earliest investors to back startups in Pakistan at a time when several high-profile venture funds in Asia — including Sequoia Capital India, Accel, and Lightspeed — are yet to make any move in the country. Prosus has backed one startup in Pakistan — Bykea — and it recently made its first investment Bangladesh — ShopUp, which counts Sequoia as one of its earliest backers.

Everyone is drafting their own startup Black Swan memo – ProWellTech