There’s been talk throughout the venture ecosystem of a funding slowdown, but AI-powered fintech platform Tifin seems to be a clear exception.

The Boulder, Colorado-based startup, which aims to match investors with investments in the wealth and asset management industries, announced today that it has raised a $109 million Series D round, less than a year after its Series C last October. The round brings the company’s valuation to $842 million, nearly doubling the $447 million it was valued at after its Series C.

Tifin operates two major divisions — an investment marketplace for consumers called Magnifi, and a B2B arm that works with wealth advisors and enterprises that provide financial services to consumers. Within its divisions, it operates a suite of seven products, some of which are homegrown and some of which came to the platform through acquisition, Nair said.

Since its Series C, the company acquired Qualis, which is focused on bringing private market investments to retail investors, according to Nair — a growing area of interest among wealth managers seeking to provide their clients with differentiated returns from the public markets. Tifin has also been focused on international expansion, growing its non-U.S. revenue by 2.5x since the last fundraise.

The firm has doubled its staff from 150 last October to 300 people today, illustrative of the company’s rapid growth of late, Nair said. According to Nair, Tifin’s products reach three to four million individuals directly, many of them through its network of about 3,000 financial advisors.

“After this round, we are driving towards profitability,” Nair said. “We are at a stage now, where up to now the focus was almost entirely on top-line growth, and now it’s on both the top line and bottom line.”

Nair said Tifin aims to see the B2B arm of the business reach profitability in the next 12 months, while the consumer side of the company is still in an earlier stage of growth and customer acquisition.

With the new funding, Tifin plans to invest in products such as Magnifi’s search engine to help match investors to opportunities, and to continue expanding the company’s reach in international markets, Nair said. 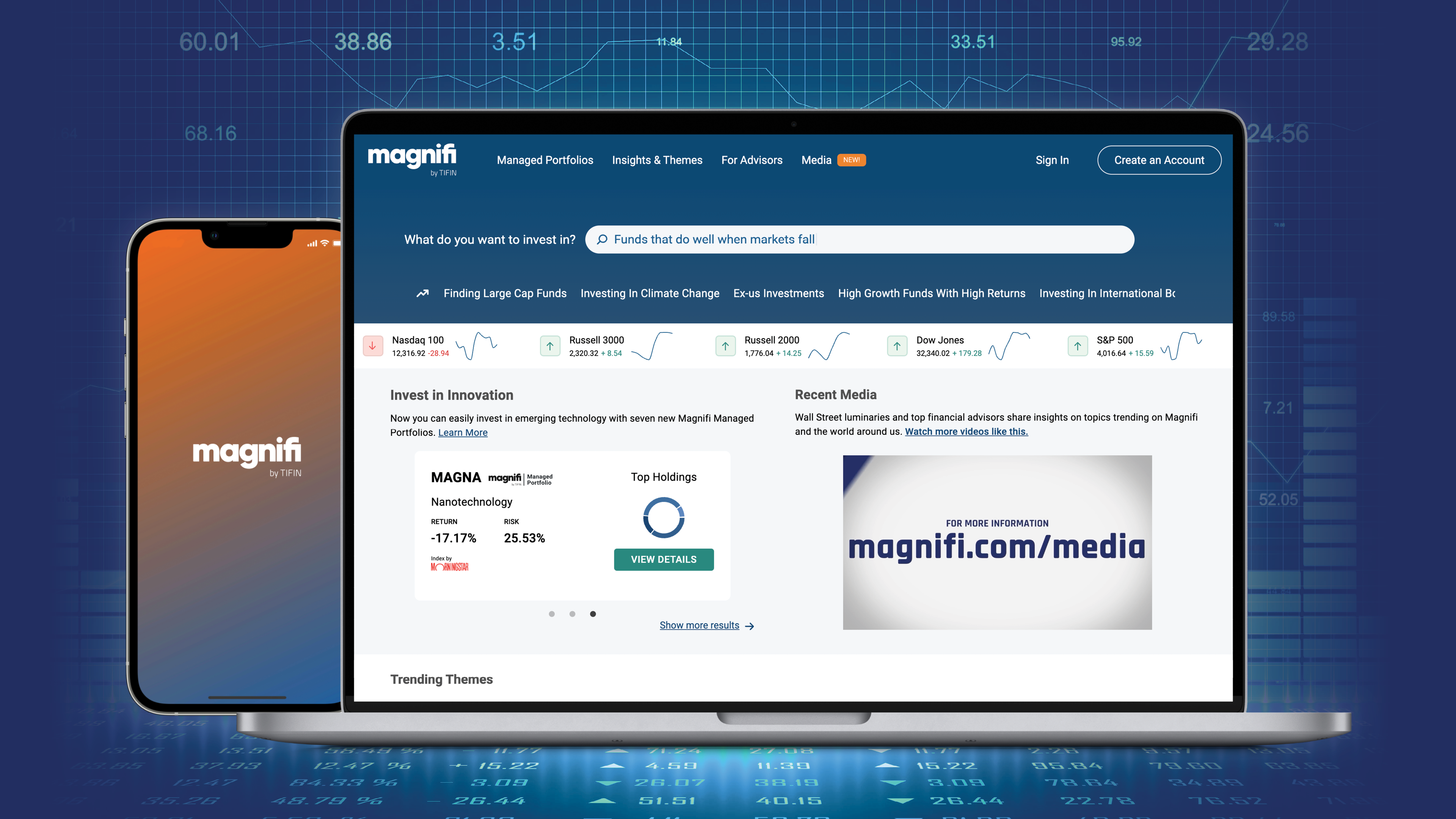 He also noted that the company is building out its data capabilities, investing in a product it has built for asset managers to improve their distribution based on that data.

“We believe we can be the single largest data platform for the world of wealth and investments,” Nair said.

On the wealth management side, Nair attributes the company’s recent success to its focus on the advisor-client interaction and personalizing that experience, an area of expertise that differentiates it from the rest of the ecosystem that is “middle and back office-focused” from a tech standpoint.

“We work with a whole group of intermediaries, not just advisors. We can talk to consumer finance firms, tech firms, like SoFi or PayPal or Mint. These are all potential conduits for people to get wealth advice — we’re not restricted just to financial advisors,” Nair said.

Nair said that although hiring has been challenging for the company, similar to many startups, the exodus of talent from traditional finance and tech roles provides an opportunity for Tifin. He’s also looking to shore up the company’s capability in the midst of a potential market downturn, he said, though he also sees this as a potential opportunity for Tifin to stand out from less tech-native competitors.

“We think it will help us because in some ways digital distribution gets more funding relative to traditional distribution in these times because it’s more productive. If you look, people spent more on Amazon, not less, during the dotcom crisis. So in some ways, we think this would be the first time asset management will see that shift,” Nair said.

How NASA’s new probe will survive the hellscape of Venus